Both of these chipsets are undoubtedly the most powerful and the current best chipsets in the world. It would be interesting to watch how these two chipsets fare against each other. 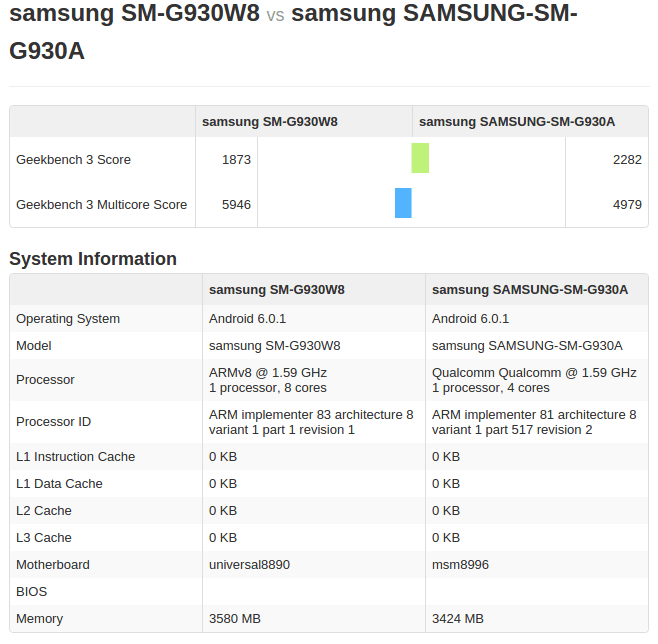 Exynos 8890 variant is yet to hit AnTuTu so we can’t yet compare the results there. Snapdragon 820 variant of Galaxy S7 scored a mind-boggling 125k on the AnTuTu benchmarks leaving behind Apple’s A9 chipset. We expect somewhat similar or even higher scores from the Exynos 8890.

Samsung Galaxy S7 is expected to feature 4GB of RAM, 5.2-inch QHD Super AMOLED display, Android 6.0.1 Marshmallow on top and a storage of  64GB among other things. Details specs are yet to release and we are also eagerly waiting for the official release.

Samsung is set to launch its flagship Samsung Galaxy S7 on February 21, a day before the MWC at its Unpacked 2016 event. The flagship will come in the above mentioned two variants and both these variants are expected to be launched in North America.