MobiPicker
Mobiles Android Galaxy S7 Edge in ‘Blue Coral’ Color Revealed in Official Pictures
Share on Facebook
Tweet on Twitter
Deal Alert: 49% Off on ExpressVPN
Touted as #1 VPN in the world, ExpressVPN is now offering 49% off & an additional 3-months of service on its annual plans.

If you don’t remember, an image of Verizon’s Galaxy S7 Edge in ‘Blue Coral’ color had leaked out a couple of weeks ago. As it turns out, the Blue Coral S7 Edge is not a speculation after all. Samsung has officially unveiled the new color variant for its Galaxy S7 Edge today, and official images give a clear view of the phone. 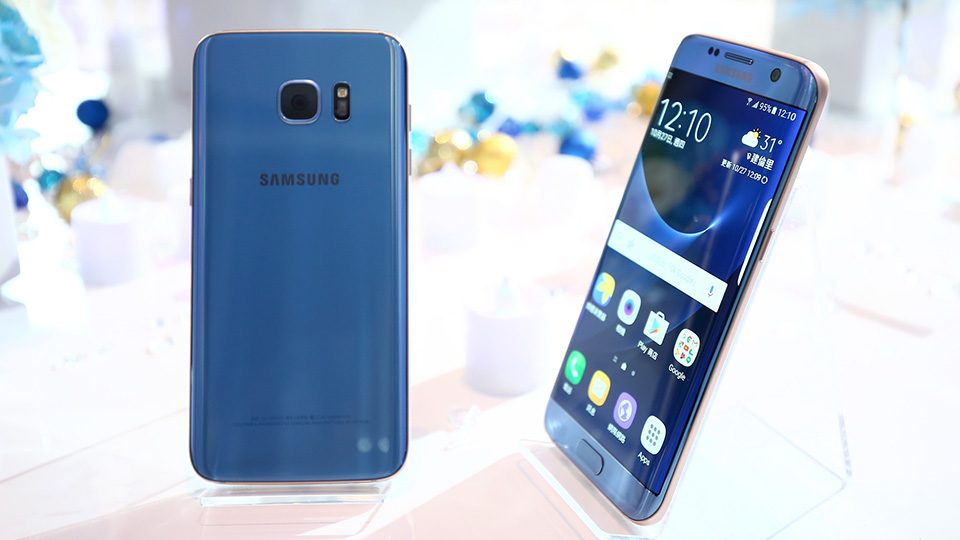 Yes, it’s not the first time we are seeing a Blue Coral Samsung phone. Blue Coral debuted on the Samsung Galaxy Note 7, and it did receive mixed reactions from Samsung fans. Some loved the new shade, while many did not. However, it’s clear that enough people actually liked the new tone, which is why Samsung decided to make a Blue Coral Galaxy S7 Edge available to its fans.

Similar to the Note 7, the Galaxy S7 Edge Blue Coral variant gets a light blue tone on its back and front, and wrapped around the sides is a rose gold trim. But don’t get too excited right now, as the new color will get a limited release and will be sold only in Singapore and Taiwan as of now. Samsung may or may not decide to launch the new variant in other countries, even though the leak earlier this month suggested that Verizon might bring the Blue Coral Edge to the US.