Samsung’s Galaxy S7 and Galaxy S7 Edge were released earlier this year, and we had expected that the Edge version would get a 64GB variant. Of course, there are hardly any markets (or none) that have got the Galaxy S7 Edge 64GB version, and 32GB seems much less even with the microSD slot. Well, that’s going to change now. 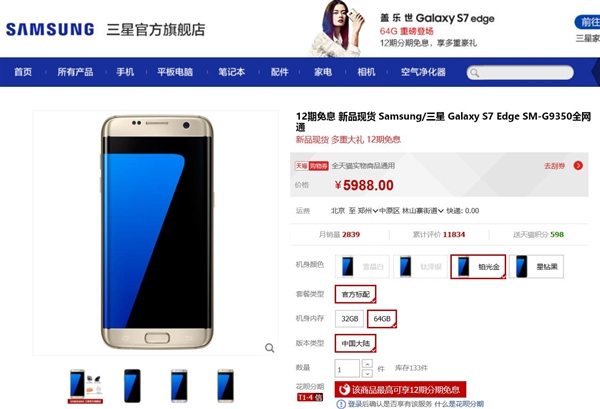 According to a new report from China, a 64GB storage variant for the Galaxy S7 Edge is going to be released on 20th May. Lynx Samsung and Jindong Mall have already added the 64GB version of the S7 Edge to their retail listing for sale. The device has been priced at CNY 5988, which roughly translates to $916. The phone will be available in Platinum and Black colors.

Apart from the 64GB storage, there is nothing new in the phone. The memory can be expanded to up to 200GB via microSD. We hope the 64GB variant will reach other markets soon.