Samsung Galaxy S6 was released in April this year, and since then we have heard a possible Mini variant of the phone several times. However, there was no concrete evidence to prove the existence of the device, but it was until now. A UAE-based online retailer has listed the Galaxy S6 Mini along with its key specifications. Though the phone is not available for purchase, you can submit your email id to get a notification when it becomes available. 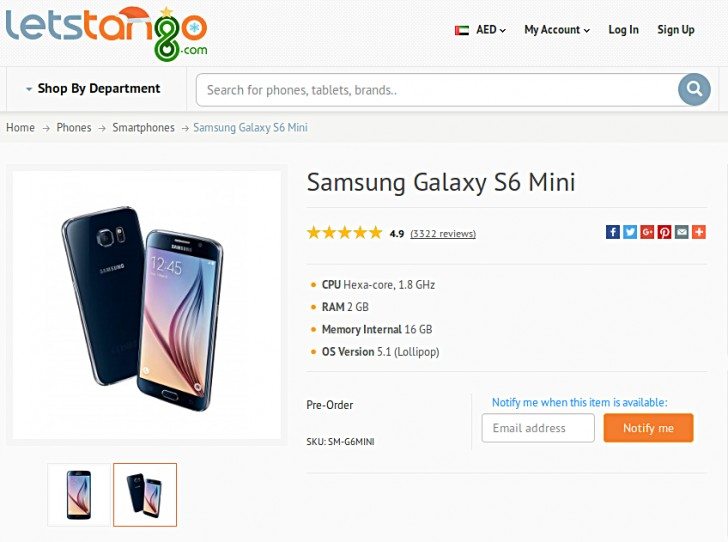 Specs-wise, the Galaxy S6 Mini should feature a 4.6-inch Super AMOLED screen and a 1.8GHz hexa-core processor. It packs 16GB built-in storage and 2GB of RAM. Camera department includes a 15-megapixel primary snapper and a 5-megapixel front-facing camera for selfies.

Running Android 5.1 Lollipop, the Galaxy S6 Mini is juiced up by a non-removable Li-Ion battery (capacity is not disclosed). It also features a PayPal certified fingerprint scanner.

Though the listing on retailer’s website is quite believable, you are advised to take it with a pinch of salt until Samsung announces the phone officially. Stay tuned for more updates.

Below are the previously leaked images of the Galaxy S6 Mini.