Samsung’s new Galaxy phones are expected in a number of marketplaces. According to reports, carriers have ordered a huge number of quantity i.e. approx. 20 million units of the Galaxy S6 and S6 edge. 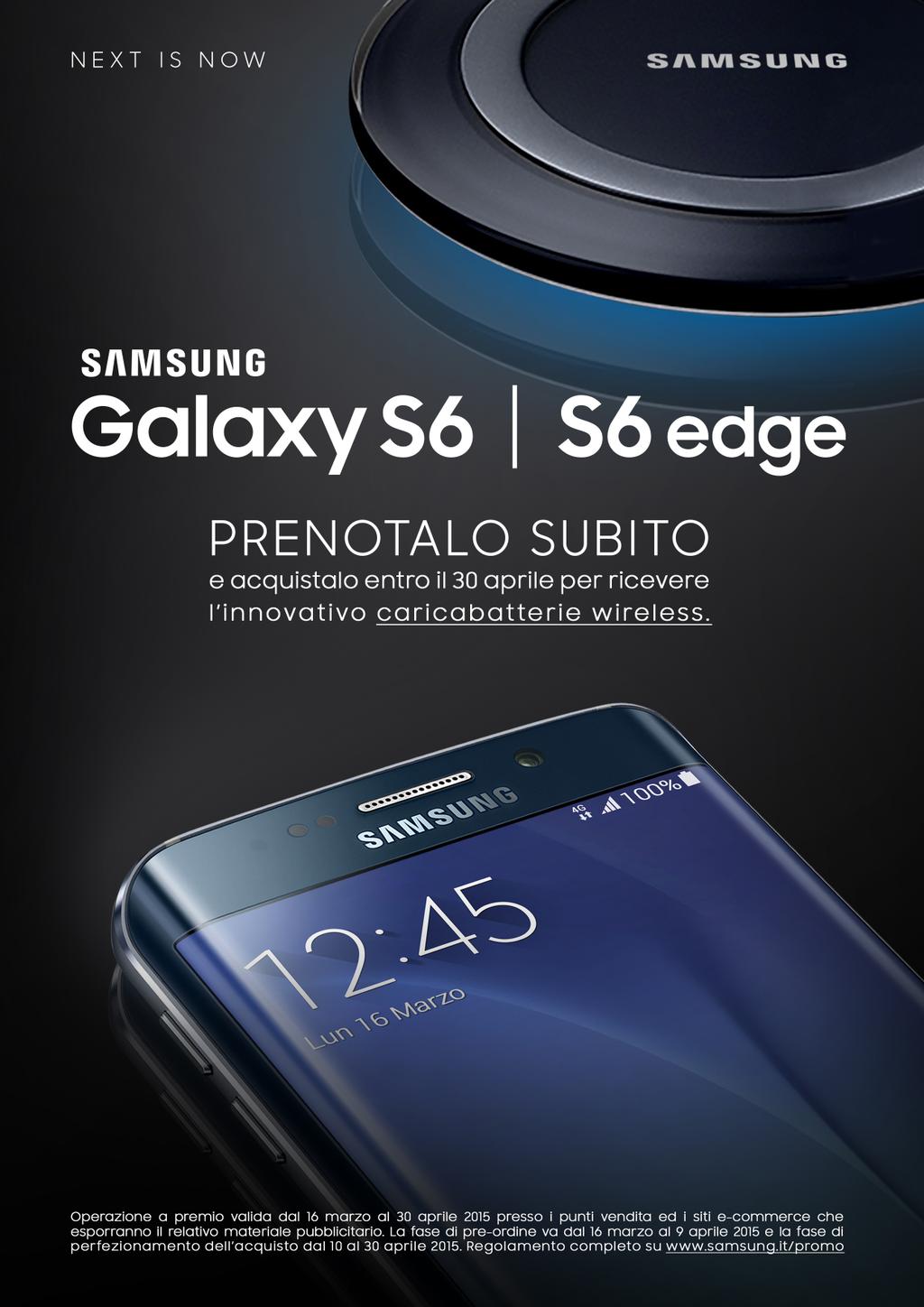 Samsung Galaxy S6 is the main device but every mobile enthusiast’s focus is being caught by the Galaxy S6 edge with curved screen sides.

The pre-orders are already accessible in Switzerland, UK and Netherlands. Now the company’s latest flagship turns to Italy where the pre-order will begin from March 16 and is going to be formally released on April 10. For the Italians, Samsung is offering Wireless Charger Kit free of cost.

The pricing in Italy should be similar to Netherlands, where Galaxy S6 32 GB model costs €700 and edgy model with same storage goes for €850. Both the smartphones should be available with the contract but that is only possible after the official release on April 10.

You can check out the  compiled price list of Samsung Galaxy S6 and S6 edge for 15 countries here.