Samsung has revamped its Galaxy J series and Galaxy A series of phones this year and brought lots of major improvements to those phones. The company seems to be going the same way with the Galaxy On series.

The Galaxy On7 2016 was spotted on Indian imports listing site Zauba, thus suggesting that the phone with model number SM-G610F will be launched in India soon. Following close on the heels of that information, the Samsung Galaxy On7 (2016) has now shown up on GFXBench benchmark listing website, revealing core specifications. 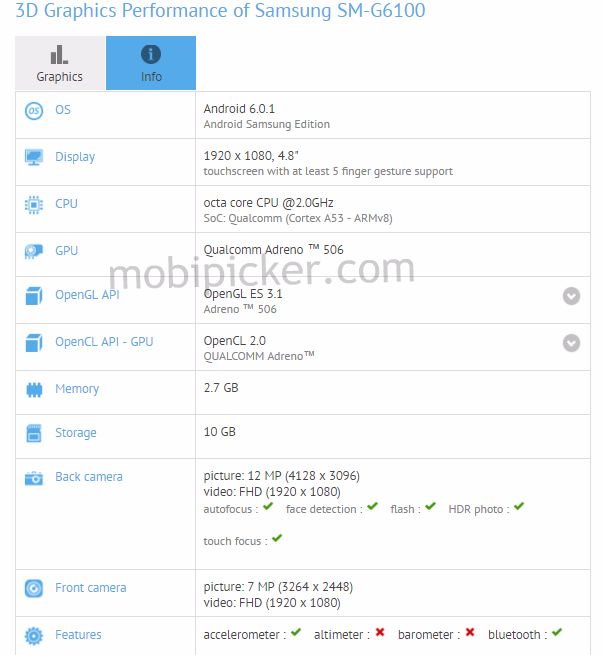 The 2016 Galaxy On7 comes with a 4.8 inches Full HD AMOLED screen and runs on Android 6.0.1. The phone carries 3GB RAM and 16GB internal storage. There’s a 13MP camera at the back with an 8MP selfie snapper on the front. The name of the octa-core processor used isn’t mentioned, but considering Adreno 506 GPU, we expect Snapdragon 625.

As for the pricing, it is being said that the mid-ranger will be priced between $150-$200. The Galaxy On7 2016 release date rumors suggest that the phone might launch late next month or possibly in mid-August. But then again, take these rumors with a pinch of salt unless concrete details arrive.