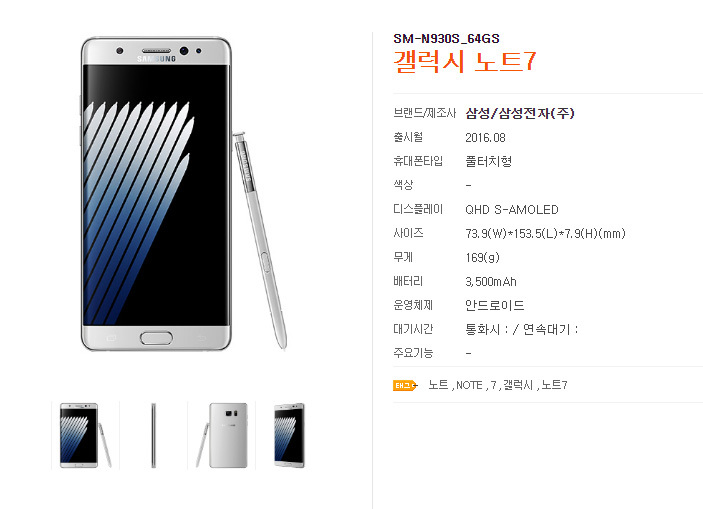 Samsung has in the past few moths confirmed some of the internal specs of the Note 7 that includes an iris scanner, curved QHD display, 64GB internal storage, a microSD slot which can support 256GB card, and 4GB RAM. The page published by South Korea Telecom confirms all these specs. The Note 7 will weigh 169g, which is two grams less than Galaxy Note 5, its foreganger. The device will measure 7.39 x 15.35 x 0.79 cm (W x L x H).