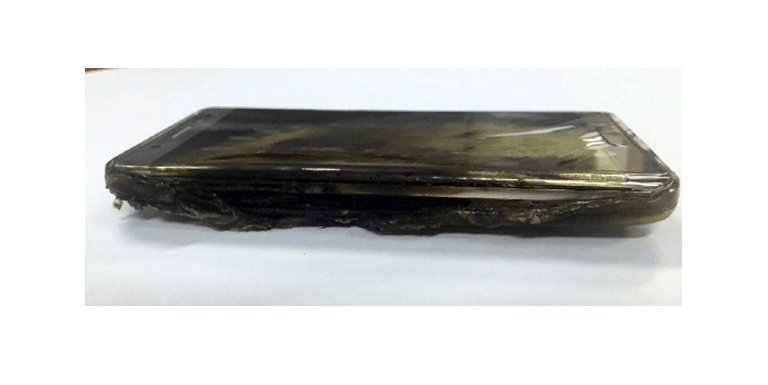 “There was another explosion of the Galaxy Note 7. It was my friend’s phone. A Samsung employee checked the site and he is currently in talks over the compensation with Samsung. You should use its original charger just in case and leave the phone far away from where you are while charging.”

From the story, which has been deleted, it seems that the user did not charge the device with the official charger. The picture posted alongside the story shows the device was severely burnt on the left side, and the back is melted. The picture is very similar to another posted on Ppomppu last week.

Do these incidents indicate that you should never charge a Note 7 with an unofficial charger? Whichever the case, they paint a bad picture of the Note 7 which launched barely a month ago. The company expects the sales of the device to double the sale of its predecessor, Note 5.

Apparently, the device reported in this story has been taken by Samsung for testing. We should receive confirmation from Samsung regarding the causes of the explosion soon. In the meantime, if you own a Galaxy Note 7 keep it far away when sleeping, and always charge it with the charger that came out of the box.