We’ve already provided details on the 6GB RAM version of Galaxy Note 7 that’s supposed to be sold in China, and now, every one of our readers are going to find out about the 256GB internal storage version that’s intended to enter the Korean market. Korea is the birthplace of Samsung and what better way to present the masses than with the most spec’d out version of the company’s Galaxy Note 7, which comes with 6GB of RAM, and 256GB of UFS 2.0 internal storage.

You have to be aware that the Chinese version only came with 128GB of internal memory, and while that’s more than enough for an average flagship consumer’s requirements, it’s always better to have more storage on your hands for when you need it the most. According to the latest leaked information, the 256GB of internal memory will have increased read and write speeds, which will definitely provide an advantageous situation for you. With the Galaxy Note 7 also featuring a USB-C port, data transfer across multiple devices is going to be swift and painless. 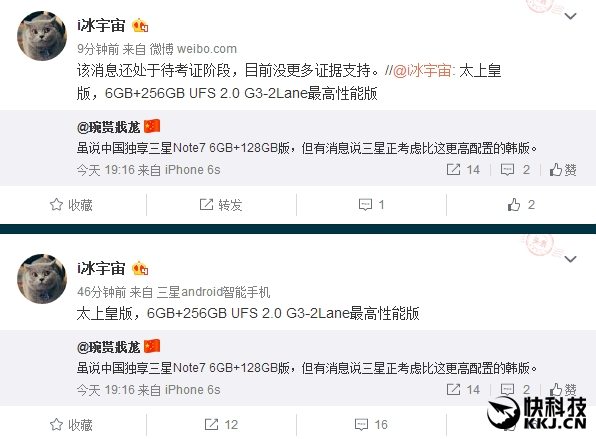 Read more: 6 Milestones the Galaxy Note 7 Has Been Able to Reach

The Galaxy Note 7 comes with a 5.7-inch Quad HD display and it’s also the first smartphone to possess the protection of Gorilla Glass 5. There are a total of two chipset variants; one is armed with a Snapdragon 820 while the other one is running Samsung’s own Exynos 8890. Despite having just 64GB of internal memory, you do have an option to expand that storage up to 256GB thanks to a microSD card slot.

If the 256GB version of the smartphone does end up being true, then you will naturally not require any storage card to expand that existing storage, unless and until you intend to carry around a ton of media on your Android powerhouse.