Today, we have a clash of very different smartphones. The Samsung Galaxy J7 (2016) is a mid-tier device from Samsung, the Le Pro 3 is LeEco’s flagship device, offering unprecedented hardware for the unbelievable price, and the Redmi Note 3 is a device coming with a large screen, powerful hardware and a quality made chassis; all that for under $200. The only thing in common for the three is the 5.5-inch sized display. Let’s see how devices stand next to another and which model is an overall best pick. 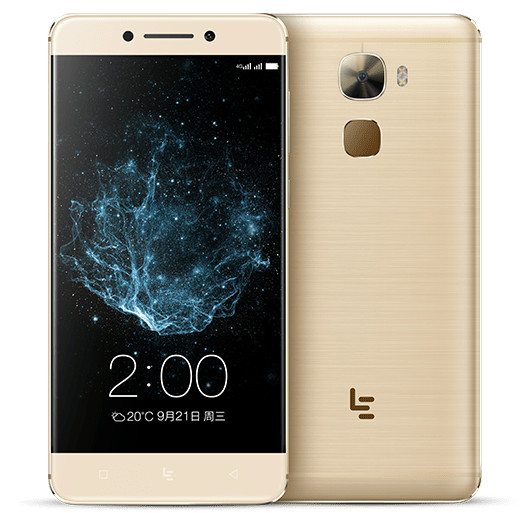 The phone is beautiful, that 2.5D glass really gives it an edgy flavor. Along with minimalistic front side (just a screen, a selfie camera, sensors and speaker grill can be found, no keys whatsoever) and the back side sporting a familiar design characterized by two antenna bands and a upper-middle placed camera, the Le Pro 3 looks like a million dollars. The Redmi Note 3 sports a classic Xiaomi design, making the device appealing but not awesome. The Galaxy J7 (2016) sports a design seen on many Samsung devices already, making the phone a kind of dull.

The Galaxy J7 (2016) is offered in two flavors, regarding processor used. The first edition comes with a Snapdragon 617 (4×1.6 GHz Cortex-A53 & 4×1.0 GHz Cortex-A53 along with Adreno 405) while the second sports the Exynos 7870 Octa (Octa-core 1.6 GHz Cortex-A53 and Mali-T830MP2 GPU). The phone comes with 2 gigs of RAM and 16 GB of built-in storage which can be expanded via a dedicated SD card slot. The phone isn’t a powerhouse, but can successfully fulfill almost any task you throw at it.

LeEco Le Pro 3 is equipped with a beastly Snapdragon 821 (2×2.35 GHz Kryo & 2×2.0 GHz Kryo coupled with Adreno 530) and comes in four flavors. You can choose between 4 GB of RAM and 32/64 GB of internal storage and 6 gigs of RAM and 64/128 GB of built-in storage which can’t be expanded. A massive amount of computing power united with lots of RAM and not too demanding 1080p screen guarantee top user experience and incredibly snappy performance. The phone scored more than 160,000 points in Antutu, further confirming is superior power.

Redmi Note 3 comes with an interesting Snapdragon 650 (4×1.4 GHz Cortex-A53 & 2×1.8 GHz Cortex-A72 combined with Adreno 510 GPU). The chipset is mid-tier, being able to top over last year’s flagship processors, making the Redmi Note 3 a hardware beast that won’t cost you a fortune. Yes, the 650 is not a top-tier chipset, but on 1080p it will provide maximum performance in any task. Aided by 2/3 GB of RAM and having 16/32 GB of internal storage (which can be expanded via SIM 2 slot), the Redmi Note 3 is one hell of a deal.

The Galaxy J7 (2016) is equipped with a 5.5-inch, 720p, Super AMOLED screen known for its rich colors. The sharpness is okay, with 267-pixel density. Not great, but not downright bad either. At least the oversaturated colors of AMOLED screen matrix will make pixelation almost invisible.

The Le Pro 3 and the Redmi Note 3 are equipped with 5.5-inch, 1080p, IPS LCD displays. IPS matrix features natural looking colors (still warm, but not oversaturated), and wide viewing angles. Both screens offer solid sharpness (403 ppi pixel density) without any signs of pixelation. The size is perfect for any kind of task, but using devices with one hand might be problematic, except if you have huge hands.

The Galaxy J7 has a solid 13 MP (f/1.9) camera featuring autofocus, LED flash, and HDR. The main camera isn’t of great quality but it will snag nice photos, usable on social networks. The camera can record 1080p at 30fps videos. The front-facing snapper counts 5 MP (f1.9) and is capable of capturing solid selfies.

LeEco Le Pro 3 is equipped with a 16 MP (f/2.0) camera capable of capturing really good photos. You won’t win any photography contest but the images will be of high quality and with a minimal amount of noise. It can record 2160p at 30fps videos, and it features phase detection autofocus, dual-LED flash, and HDR. The selfie camera has 8 MP (f/2.2) and is capable of recording 1080p videos.

The Redmi Note 3 comes with a 16 MP (f/2.0) main camera supporting phase detection autofocus, dual-LED flash, and HDR. The camera can snap quality photos that’ll look great on the phone’s large and bright screen. It can record 1080p at 30fps videos. The front-facing camera has 5 MP (f/2.0) and is capable of recording 1080p videos.

The Galaxy J7 (2016) features a 3300 mAh battery and runs under Android Marshmallow.

LeEco Le Pro 3 comes with a large capacity (4050 mAh) battery capable of powering the phone for two to three days. The phone is equipped with Android Marshmallow, and since the Le Pro 3 is a flagship device from LeEco we can expect a Nougat update to land in the future.

The Redmi Note 3 also packs a huge power band, with a capacity of 4050 mAh; three days of use is not impossible with this phone. The phone runs under Android Lollipop which is coated with MIUI.