MobiPicker
News Galaxy J5 Marshmallow Update Released in India
Share on Facebook
Tweet on Twitter
Deal Alert: 49% Off on ExpressVPN
Touted as #1 VPN in the world, ExpressVPN is now offering 49% off & an additional 3-months of service on its annual plans. 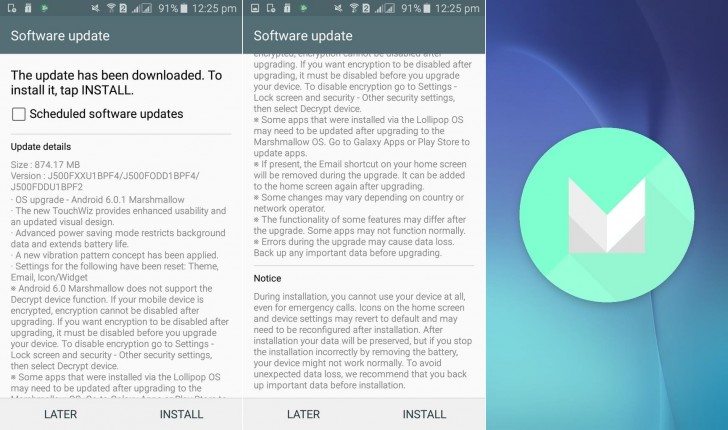 The Android 6.0 Marshmallow OTA update for Galaxy J5 comes in an 874MB package with build number J500FXXU1BPF4. We will suggest our users to search out for a free Wi-Fi network as the 874MB download might add extra billing amount on your regular plan.

In case, you have not received the update notification, you could check it manually by heading to Settings>> About Device>> Software Update.

As for the changelog, the new Marshmallow update will bring new TouchWiz, Doze Mode for improved battery life, and Google Now on Tap on your Galaxy J5.

If you have already updated the Galaxy J5 with Marshmallow update, let us know your experience in comments below.