Samsung is busy refreshing its J-series of smartphones, and some of those phones already have caught our attention via leaks, like the Galaxy J1. We have also heard of the new Galaxy J5 (2016) coming to India for testing, and we already know that it would be featuring a 5.2-inch screen. We also know that the new Galaxy J7 (2016) is getting ready for launch. And today, both the new J5 and J7 have been spotted on GFXBench with some important specifications. 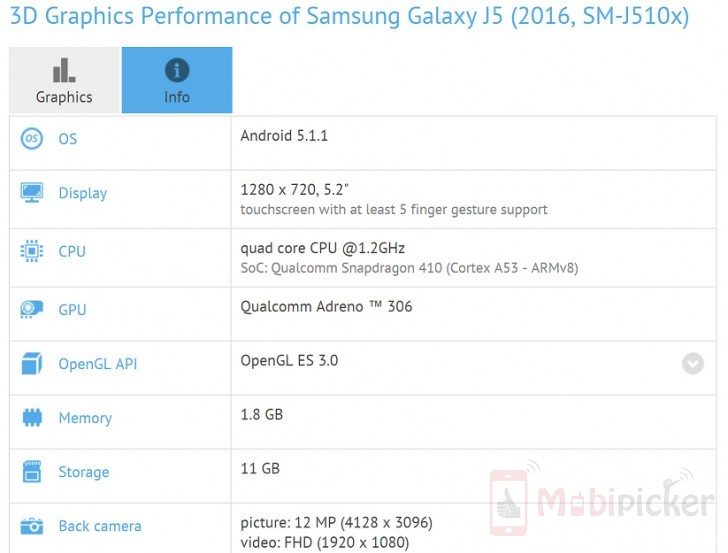 The GFXBench result of the Galaxy J5 (2016) reveals that the phone gets a 5.2-inch HD screen and is powered by the Snapdragon 410 SoC. There’s a 1.2GHz quad-core processor under the hood, coupled with 2GB RAM and 16GB onboard storage. There’s a 5MP front camera, and a 12MP or 13MP rear shooter with LED flash. The phone passed the test running Android 5.1.1 Lollipop. Compared to the original Galaxy J5, the successor gets more RAM and a slightly larger screen, which everything else remains the same. 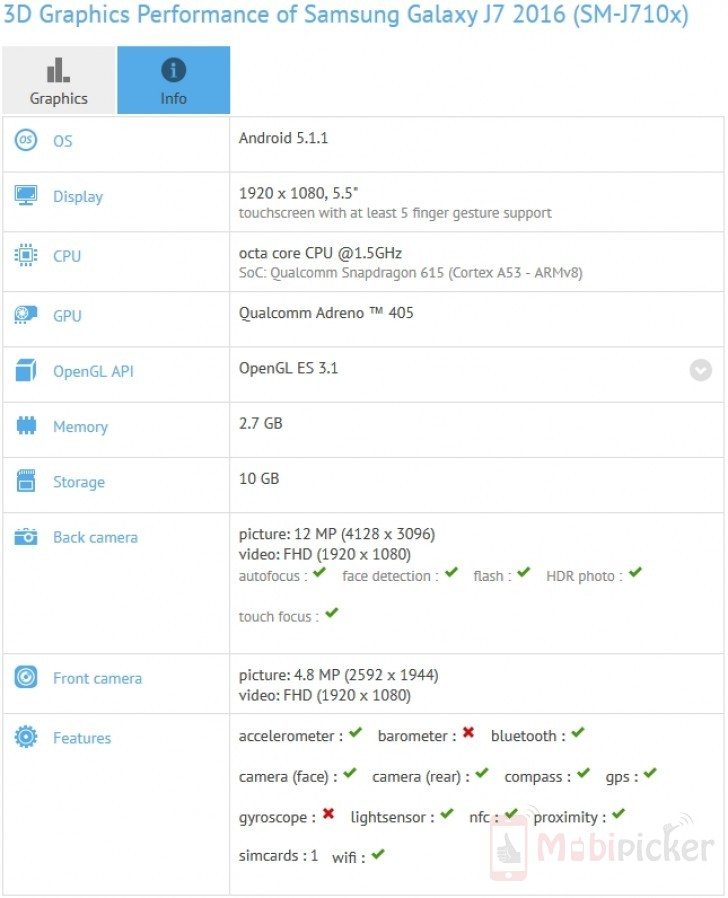 Talking about the GFXBench result of the new Galaxy J7 (2016), the phone gets a 5.5-inches screen just like its predecessor, but it now comes with FullHD resolution. The amount of RAM in the phone has been doubled to a good 3GB. Though the chipset is the same Qualcomm Snapdragon 615. The camera setup also remains the same, with a 13MP rear camera and a 5MP front snapper. There’s 16GB of onboard storage, just like the older J7.

Looking at the specs, we expect the new Galaxy J5 (2016) and Galaxy J7 (2016) to come at affordable prices just like their predecessors.