Samsung is all set to launch its new phone from the Galaxy J series nicknamed Samsung Galaxy J3. Recently Samsung had also released the Galaxy J2 in India this September.

The new device was spotted on GFXBench and Geekbench, where it was recently benchmarked. The model number is SM-J3109 and it is quite large compared to its predecessor the J2. It features a 5-inch display with a 720 x 1280 resolution, a smart improvement over the 4.7-inch, 540 x 960 pixels screen of J2. The camera is mid-range, having an 8-megapixel at the back and a 5-megapixel as a front shooter. 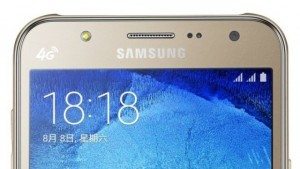 The device is powered by 1GB RAM, and 8GB of expandable memory under the hood. The presence of a quad-core, 64-bit Qualcomm Snapdragon 410 processor with a 1.2GHz processor makes the device smooth running.

The gadget is going to run the Android Lollipop 5.1.1 on launch. There is currently no information as to where the device would be available and of course about its price but it is for sure that it would be affordable for many.

We can notice the fact that the Samsung galaxy J series is expanding and the company will now add a 5th member to the family alongside the Galaxy J1, Galaxy J2, Galaxy J5 and the Galaxy J7.

Samsung being a renowned manufacturer, we can expect lots of devices to be sold in the near future.