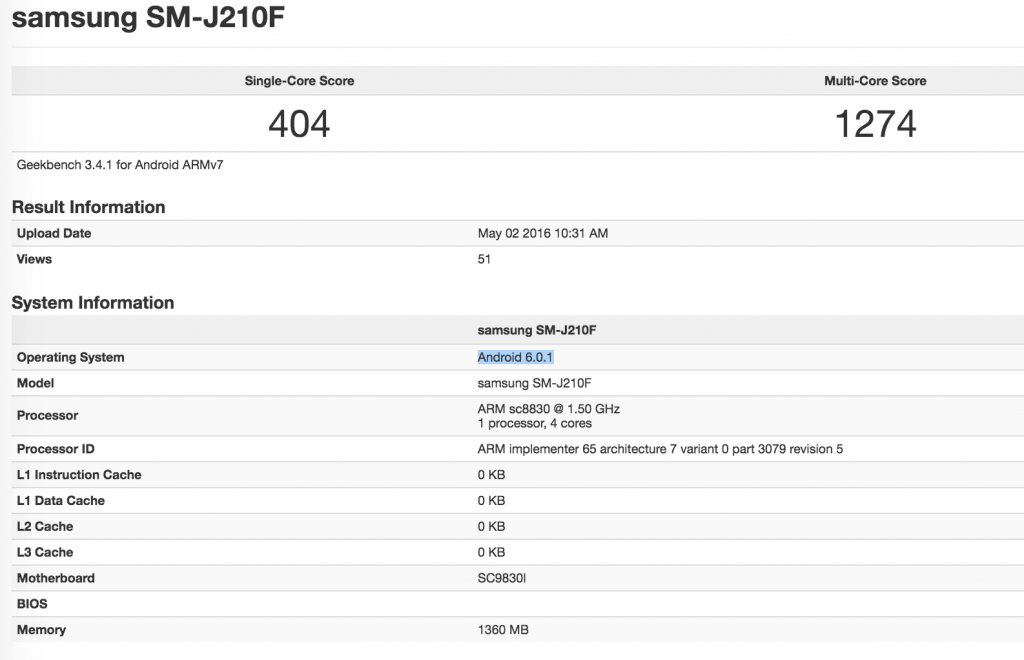 According to leaked database, the Galaxy J2 (2016) runs Android 6.0.1 Marshmallow and is powered by the Spreadtrum SC8830 chipset with 1.5GHz quad-core processor. The phone packs 1.5GB of RAM.

No other specs and details are available as of now, but we should get more leaks and rumors in coming days to get a clear idea of what to expect from the Galaxy J2 (2016).