Well there has been lot of rumours about the Samsung’s Galaxy A8 but now the time has come when it has been officially announced. This device is the slimmest from Samsung and thinnest Android so far. 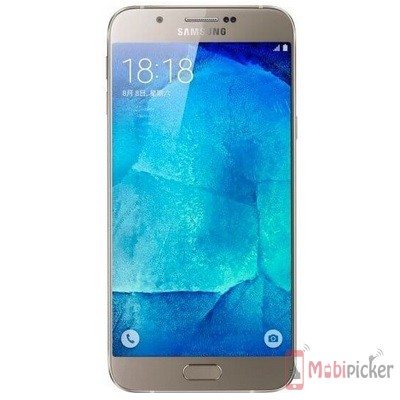 Galaxy A8 is just 5.9mm thin with length as 158mm and width as 77mm. It weighs only 151grams and will give you a feel of premium model. Sporting a 5.7inch 1080p Super AMOLDER display, it is the biggest phone in the A-series with metallic build. Powered by an octa-core Snapdragon 615, whose heart is clocked at 1.5GHz, it has 2GB of RAM and 16/32 GB of onboard storage with a slot for microSD card.

Galaxy A8 adorns a 16 MP ISOCELL rear snapper while the selfie-camera is listed with 5 MP resolution with a wide f/1.9 aperture. Backed up by a 3,050mAh battery, it runs on Android 5.1 Lollipop with the essential TouchWiz overlay on top. It is also having a fingerprint scanner embedded in the home key making it a phone full with features to drool for.

Continuing the legacy of A series where Galaxy A7 has ruled the charts for being the slimmest phone, Galaxy A8 is taking it up to a notch higher with a large screen size which gives it a good handling capability with one hand.

Galaxy A8 has been spotted on Samsung’s China website which confirms that it will be available in South Asia first. However we don’t have any information regarding the price and availability in the market yet. But we will let you know as soon as we got hands on that information.