Yesterday we brought you the leaked images of Samsung Galaxy J5, now we have come up with another extravaganza for our readers with another set of images for an upcoming device from Samsung in the form of Galaxy A8. 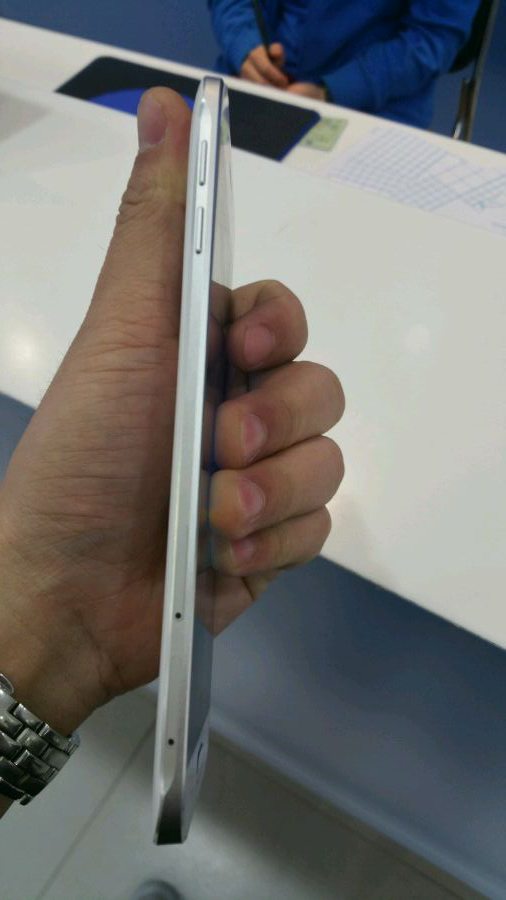 Like the other recent devices from Samsung family, this too will also have a metal frame with dimensions of 157.7×76.5×5.9mm and a weight of just 140gm. Galaxy A8 will be the thinnest smartphone ever made by Samsung till now.

In an earlier speculation on Galaxy A8, it was known that it will have just 5.5inch display but now it’s confirmed that A8 will have a 5.7-inch Super AMOLED display with a resolution of 1080x1920p. It is powered by an octa-core Snapdragon 615 chipset with 2GB of RAM, 16MP rear snapper and a 5MP selfie shooter. It houses a 3,050mAh battery to keep it running along with 16GB of native storage and a microSD card to expand the memory capacity. Galaxy A8 will run on Android 5.1.1 Lollipop.

Currently it is not confirmed by when and which markets it will hit the shelves, but keep hooked onto MobiPicker for more details.