Latest rumors say that Samsung is readying the successors to the popular Galaxy A3, Galaxy A5, and Galaxy A7. SM-A310 and SM-A710 are the codenames of two unknown Samsung phones spotted on GFXBench, and going by the names, we think these could possibly be the successors to the Galaxy A3 and Galaxy A7. But that’s not the only piece of informations we have got, as the GFXBench benchmark test has also revealed the specifications of both the models. 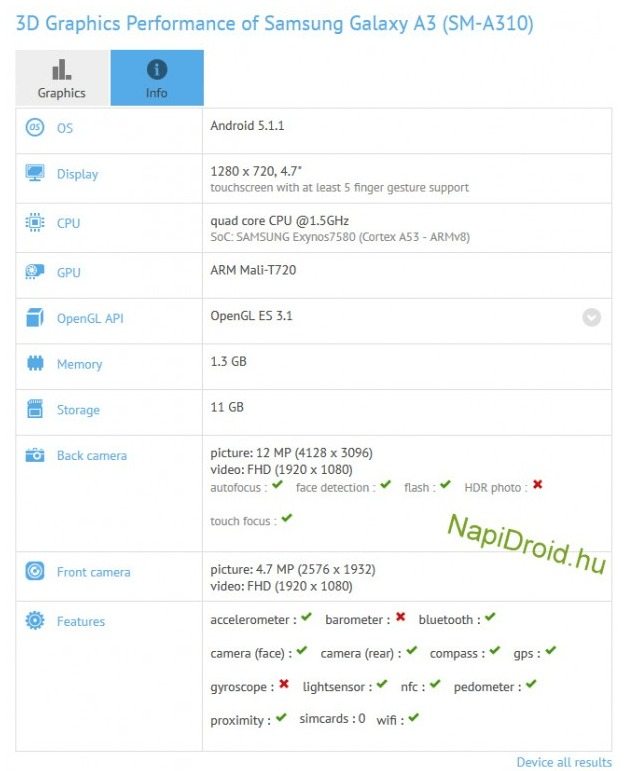 Coming to the Galaxy A7 successor, the SM-A710, it obviously gets a bigger and better 5.5-inch 1080 x 1920 display. Under the hood is an octa-core Snapdragon 615 1.5GHz SoC along with Adreno 405 GPU. The chipset is accompanied by 3GB RAM and 16GB native storage. Photography is managed by a 13MP rear and 5MP front camera, while the phone runs Android 5.1.1 out of the box. 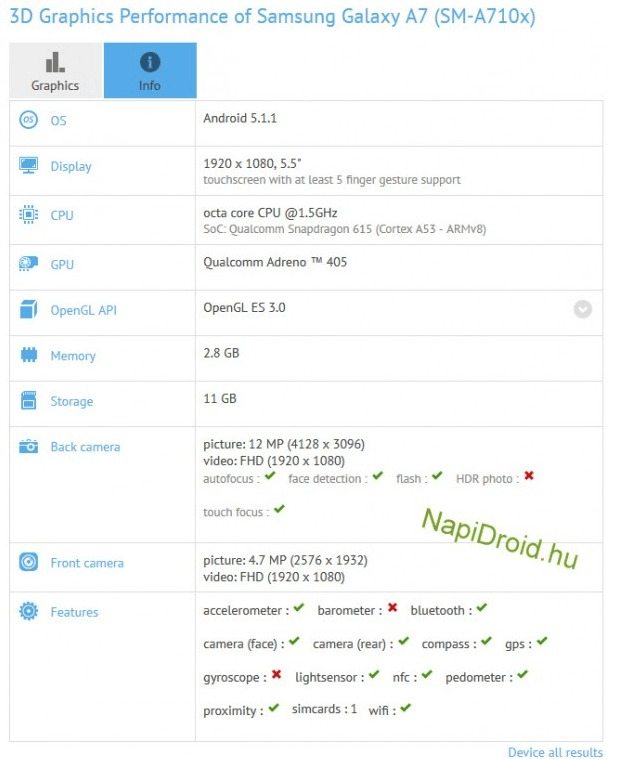 The SM-A310F and SM-A510F were caught listed on Zauba website last week, and the specs confirm that the Galaxy A3 sequel will get a 4.7-inch screen, while the Galaxy A5 sequel will sport a 5.2-inch screen. Samsung has offered no official word on this rumor yet, so we guess the phones are still far away from launch.