MobiPicker
News Forza Motorsport 6: Apex Beta Available For Download On Windows 10
Share on Facebook
Tweet on Twitter
Deal Alert: 49% Off on ExpressVPN
Touted as #1 VPN in the world, ExpressVPN is now offering 49% off & an additional 3-months of service on its annual plans.

Few days back we reported that Forza Motorsport 6: Apex will launch soon on Windows 10 and today the day has arrived. Turn 10, the developer and Microsoft, the publisher has jointly introduced the beta variant of the game in Windows Store for Windows 10 PC. 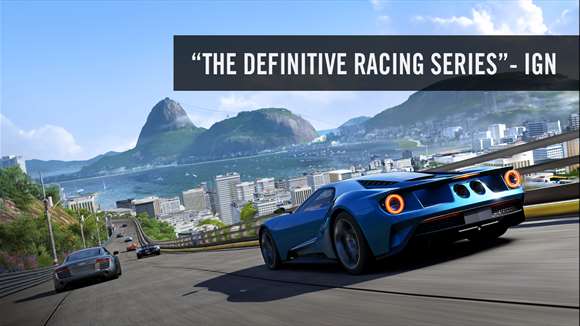 The new game is powered by DirectX 12 with Turn 10’s racing expertise, their proprietary ForzaTech engine, and Forza’s legacy of stellar content. In short, if you are a racing fanatic, head to the store now and download this great game.

The reason for launching the game in beta is because the developer and publisher are interested in noting the feedback to improve the game’s performance across a diverse selection of hardware setups.

As far as the minimum requirements are concerned, you will need to have Windows 10 running at 64-bit with an Intel Core i7-3820 3.6 GHz CPU and 8 GB of RAM, while in the graphics department they need a Nvidia GeForce GT 740 or Radeon R7 250X, with 30 GB of free hard drive space to install the game.

Given below is the link to Forza Motorsport 6: Apex for Windows. Give it a go and share your experience in the comments section below.