The Flash Season 3 has been gripping so far and has entertained the audiences with its cryptic twists and turns. The upcoming episode has made the fans wait for a much longer time than usual and with one more week of extended hiatus, the wait has become more clingy. But the fans are treated with more updates than usual, i.e. few leaked photos of the upcoming episode, “The Once And Future Flash” has hinted few events for which the fans might not be prepared.

What has captured the interest of fans is the scene in which Barry Allen along with Detective Joe West is present at the Iris West’s grave. More, speaking about the spoilers of the finale episode, as quoted by Inquisitr, scarlet speedster appears in a video footage which has been taken by someone through a random phone. The video showcases that the whole team of Flash is gathered for a funeral as a part of a scene from the finale episode of The Flash third season.

On the other hand, according to Inverse, Savitar, who is the God of speed, wishes only one thing, which is Barry Allen’s fate ruined more than what death can do. But Barry Allen, who is motivated enough to destroy Savitar and stop him from killing Iris West, would travel into the future to have a glimpse of what exactly has happened.

Since Savitar is victorious enough and the fans are fully aware of that, it appears that Barry Allen will give his courage one more chance and face the God of Speed. Well, it turns out a lot has to happen in the upcoming episodes of The Flash. Stay tuned with us for more updates. Keep up! 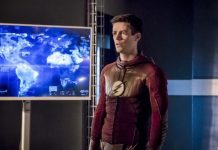 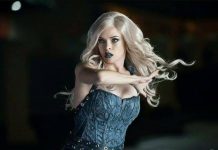 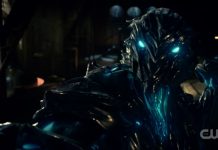 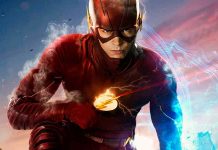