The Flash season 3 episode 13 was released a few days ago, meaning that fans are now eagerly waiting for the next episode to arrive. The previous episode was a rather amazing one as it featured what Barry Allen is doing to protect his city from Grodd. And now, in the next episode, it is said that his battle with Grodd will finally reach its conclusion.

So without any further due, here is a short recap of The Flash season 3 episode 13, along with what is expected to happen in the next episode.

In The Flash season 3 episode 13, Barry Allen, Caitlin, Julian, and Cisco had to travel to Gorilla City in Earth-2 to save their friend Harry. However, while saving his friend, Barry also got the chance to make things right. He got the opportunity to change the future, through which he was able to prevent the murder of Iris. However, the news headline of the future, “City still recovering following gorilla attack”, was not changed. 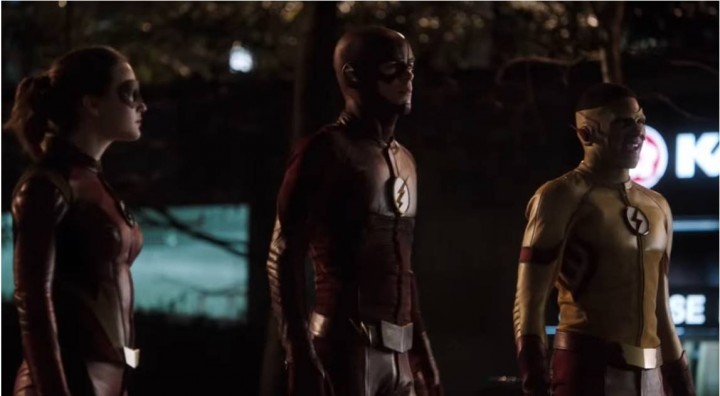 Barry and his team then escaped from Gorilla City with Harry, but it was not a moment to celebrate as Grodd came up with something through which he would enter Earth-1. It was revealed that Grodd will use Gypsy to open a way and he will then enter Earth-1 with his army of gorillas to fight Barry Allen or The Flash.

Barry To Fight Grodd In The Flash Season 3 Episode 14

Now, in the next episode of The Flash, it is said that Barry and his team will fight Grodd and his army of gorillas and will put a stop to him once and for all. The official synopsis reveals that Grodd and his army will enter Earth-1 to continue their battle. The Flash and his team will have to do something quick before things get out of hand and Grodd destroys the entire Central City. Along with this, Jesse Quick will want to be with Wally on Earth-1, and Gypsy will join Barry in his battle against Grodd.

The CW also released a preview clip of the next episode of The Flash. The preview has a length of around 45 seconds and it basically gives fans a glimpse at what they can expect to see in the next episode. The preview reveals that the three super-fast superheroes are going to team up and will wait for Grodd to arrive with his army. Barry will also get some help from the police, thanks to Joe, but it won’t be enough.

The Flash season 3 episode 14 will be Aired today, on February 28. Let us know if you’re excited about it or not in the comments below.