Fitbit has launched two brand new fitness trackers in India – the Fitbit Charge 2 which is the successor to the Fitbit charge, and the other one is Fitbit Flex 2. Both these fitness bands come with new sleek design and improved fitness tracking.

The latest Fitbit Charge 2 comes with a display that is four times larger than its predecessor, and this time, the bands can be interchanged. It comes with some exciting features like all-day activity tracking, sleep tracking, reminders to move and new improved health and fitness tracking tools to help you keep fit.

Additional features include a personalized cardio fitness levels, and it scores your estimated VO2 Max using user profile data; it also rocks a heart rate monitor for constant heart monitoring. With Charge 2, Fitbit has introduced a personalized deep breath sessions called “Relax” which guides you through breathing sessions, a much-needed GPS tracking is now finally included along with multi-sports mode. The company claims charge 2 can offer up to 5 days of battery life.

The Fitbit Flex 2 is swim proof wristband with a tracker that can be removed and can be used it with other bracelets or pendants, bands. The Fitbit Flex 2’s display comes with color-coded LED lights which will highlight your activity, progress and is also capable of keeping you connected with phone calls, text messages if your phone is nearby.

The Flex 2 fitness band offers SmartTrack automatic exercise tracking which keeps track on your daily activities like running, walks, bike rides and more. It is also water resistant up to 50 meters, measures 31.7 x 8.9 x 6.8 mm and weighs 235 grams. Just like charge 2, Flex 2 is also capable of offering up to 5 days of battery life.

The Fitbit Flex 2 comes in black, lavender, magenta or navy and is priced at Rs. 9499 and the band accessories for the Flex 2 will be coming soon in various colors and material. The Flex 2 will be available from October at major India retailers. 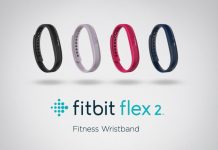 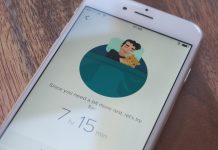