Windows 10 will support themes with the Creators update hitting next year. Microsoft teased the very feature at an event in October. It will add themed sounds, wallpapers, and much more to your PC. For a greater part, the work has been done, as the first set of Windows 10 themes have started to show up in Windows Store. 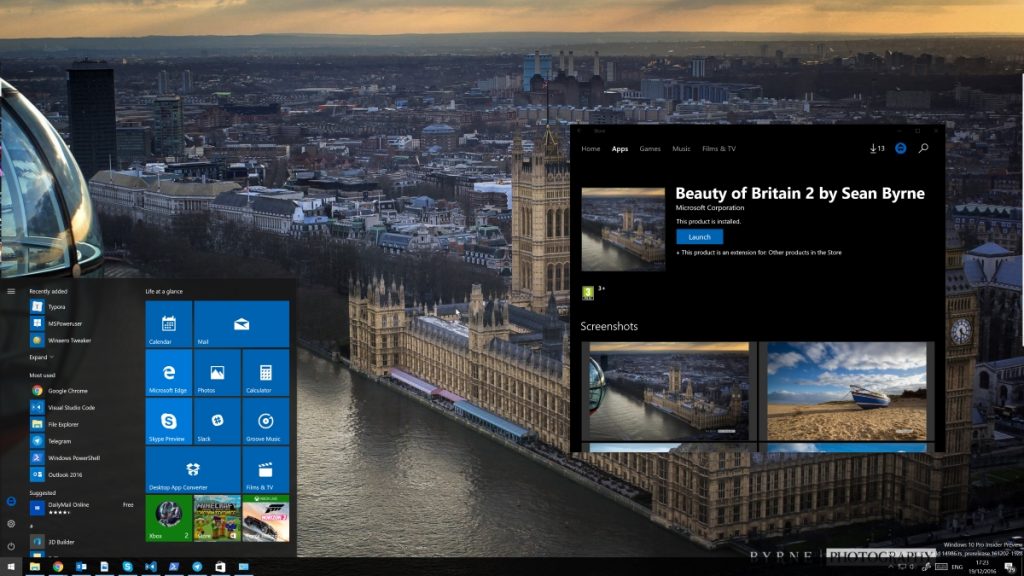 With Windows 10 themes one can easily customize the look of a computer, but don’t expect them to completely overhaul your desktop. Like usual Windows affair, you can change colors, wallpapers, sounds, and cursors.

As of now, themes are limited to PCs with insider build only. The official rollout of the feature will happen with the Creators update scheduled for early 2017. After the official release, users can directly download and install themes using Windows Store.

In case, you want to try out the feature now, head over to WindowsApps in Program Files and find the theme files where you’ll see a .themepack which will get installed once you run it. If you aren’t a power user, we recommend waiting for the stable release.

Windows 10 Creators update is just around the corner and might release before by March 2017. The latest update will carry the version number 1703.

For those who aren’t concerned, Windows 10 Creators update is all about creativity and gaming experience. Users will be able to do a lot more things in 3D and virtual reality, quickly connect and share with key people, and enjoy epic gaming with 4K fidelity and game broadcasting.

Following is a list of themes that have appeared in the Windows Store.

Beauty of Britain 2 by Sean Byrne

You can look for more themes in the store. At the time of writing, these were available live.