Samsung wants to end its reliance on Google for Android and it has developed Tizen for precisely the same reason. The first Tizen smartphone, the Samsung Z1 was met by a cold response by the public and now the OEM is looking to change that as it prepares to launch a series of new Tizen smartphones. One of the lot is to be the Samsung Z3– as we reported earlier this year— and courtesy to the Korean website “Tizen Cafe” we have our first visuals of the device. 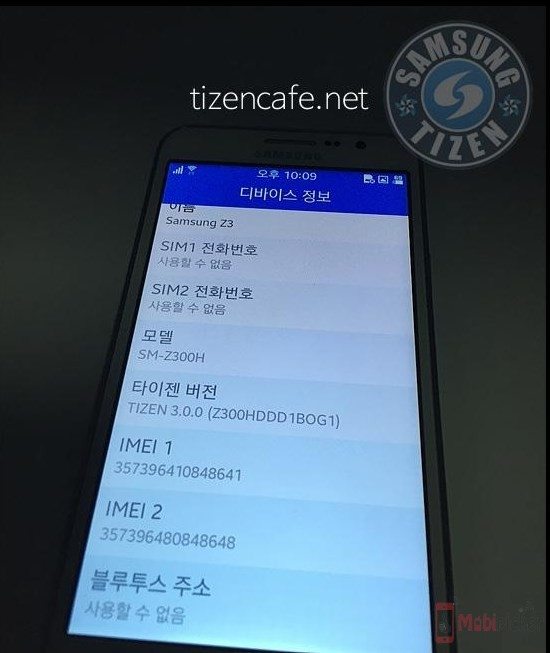 The image shows the Samsung Z3 operating Tizen OS 3.0 which is an upgrade to the rumored Tizen OS 2.4 the device will come out of the box with. So we can deduce that a Tizen update to 3.0 would be available shortly.

We also know that the Samsung Z3 has dual-SIM support with a screen that is rumored to be a 5-inch Super AMOLED display with 720 x 1280 pixels. The new handset would be powered by a quad-core 1.3 GHz Spreadtrum SC7730S processor with 1.5GB of RAM and 8GB of internal storage. The device would also feature an 8 MP rear camera and a 5 MP front-facing shooter all powered by a 2600 mAh battery.

The Samsung Z3 is expected to be be announced by the end of the current month in India and given the specs we can assume it is going to be a mid-ranger.