The popular, subscription-based MMORPG, Final Fantasy XIV just released a quite long trailer video for Patch 3.2. The update, which is titled “Gears of Change, will release on February 23.

Final Fantasy XIV was originally released in 2010, and it flopped due to being very clunky, grindy and players generally didn’t like it. Because of this, Square-Enix appointed a new director to the game, Yoshida, who made tremendous improvements to the game, eventually shut it down and released Version 2.0: A Realm Reborn in August of 2013. Since then, updates and patches are really frequent, with an exception being before and after the Heavensward expansion’s release. Generally, such large patches come every 3.5 months on average, and minor adjustments are released as smaller patches between these large ones. The last patch, 3.1 was released in November of last year, so it is time for another one to hit the game. 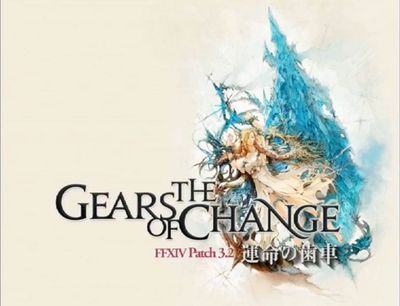 But these patches, while they are beefy, they are also pretty formulaic: every one of them includes 2-3 new dungeons, a 8 or 24-man raid of some sorts, the Main Story’s continuation, new crafting gear, some new side-quests and 1-2 new 8-man Primal Boss battles. The dungeons are often too easy, and are of the exact same type: 3 bosses separated by some trash mobs, and runs take about 20-30 minutes depending on the group. The same goes for raids and Primals: while the mechanics are somewhat varied, the general gameplay is mostly the same, as the designers don’t try to stray from the well-traveled paths of MMORPG dungeon design. Sometimes they do throw in new things, like the Gold Saucer mini-games in 2.5, or the Diadem exploration missions in 3.1, but these often leave a lot to be desired

And Patch 3.2 doesn’t look to be any different: we’ll get 2 new dungeons, 4 new floors for the 8-man raid both in Normal and Savage modes, a new Primal battle, an attempt at reviving PvP, some new crafting gear, even more gear to grind tokens for, and various adjustments to the game.