Square Enix has confirmed that Final Fantasy XIV will be getting a patch, version 3.3 on Tuesday, June 7th. The new patch will feature a variety of new content, including a new boss, Nidhogg, and a new dungeon called Aquapolis. Apart from these, there will be a new PvP map, and “Raid Finder”, a party matching system specially built for high-difficulty raids. Read on to find out more about what’s new.

According to Siliconera, the next trial that is a part of the storyline will be the Final Steps of Faith, which has you in a party of eight, squaring off against Nidhogg. The extreme version of this trial will yield reward weapons, too. Aquapolis is the name of the dungeon, and it will have a 50% chance of being discovered when opening treasure chests found via treasure maps. The item level here is synced to 180, and the dungeon features seven rooms to battle through.

The Fenrir mount will now be able to fly in patch 3.3, and there will be a new PvP map, Field of Glory (Shatter), which takes place in Coerthas. Flowerpots will now be added to housing, and will function similarly to gardening. The Anima Weapon questline will see a continuation, having players develop their weapons even further. Other new content focuses on the Warring Triad, featuring the Garlean Empire and Regula Van Hydrus. The new beast tribe quests will feature Moogles – similar to the Ixal quests for the most part, but focused around crafting.

Are you excited for Final Fantasy XIV’s next patch? Let us know in the comments below. 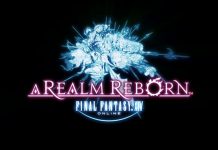