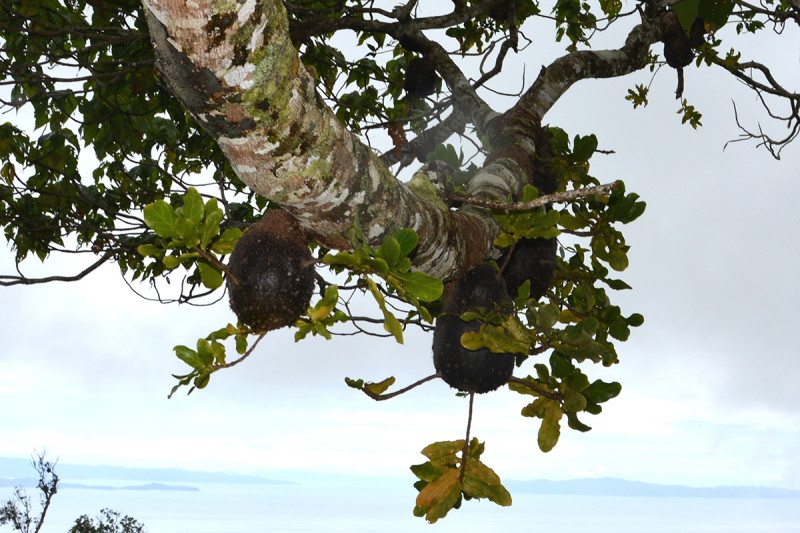 The ants began caring about fruit plants more than 3 million years ago, as claimed by Professor Susanne Renner and her student Guillaume Chomicki. That’s way earlier than humans discovered farming and agriculture. Fijian ants take care of, grow and harvest epiphytes of fruit plants (like the Squamellaria fruit plant, endemic to the island of Fiji) which grow on branches of other trees.

Fijian ants do this by collecting Squamellaria fruit plants seeds and then look for cracks in the bark of the host tree for seeds to be planted in. They don’t stop at this since worker ants watch over the seeds so they can grow and prosper. They even fertilize seeds with their own feces, according to researchers.

The fruit plant forms a large and hollow structure at the base of it, which ants use as a nest, instead of building nests on their own. As the plant gives fruit, ants eat them and gather seeds for future use.

Each ant colony can farm dozens of fruit plants, not only one. They produce a trail leading between plants, connecting different nests, spawning between several trees nearby to each other. As Renner said, “The plants colonize three or four tree species.”

These tree species are interesting to ants either because they have a very soft bark (allowing for an easier farming) or because they give out nectar. A single tree can host dozens of ant colonies Chomicki discovered, all connected via “ant highways” spawning over a single tree. All colonies descent from a single queen placed in a single nest in the center of a colony system.

The symbiosis lasted for such a long time that today, neither ants nor fruit plants can survive without the other, another clear example of connected evolution processes spawning over millions of years.