FIFA 17 have recently announced a new update known as “FIFA Team Of The Week Update For Ultimate Team Players”. This update is released for multiple platforms such as PC, PS4, Xbox One, and FIFA Web APP. 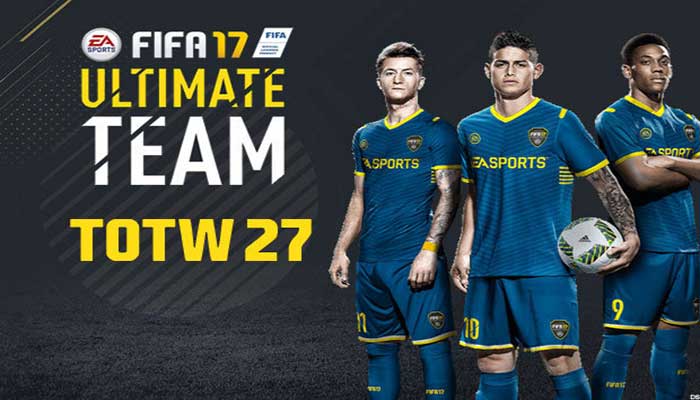 The new update is revealed by EA Sports and the update contains the new 27th Team of the Week for the FIFA 17’s Ultimate Team Mode. The Starting XI features players such as Lionel Messi, Kevin De Bruyne, and Romelu Lukaku. The Subs contains players such as Craig Dawson and Tom Heaton. For Full details on the newly released TOTW line-up, check out the details below. 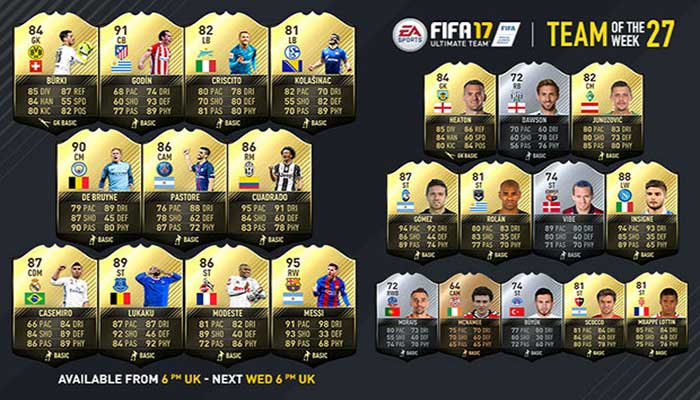 FIFA 17 has released the new TOTW recently. It’s the 27th Team of the Week for the FIFA 17’s Ultimate Team mode. You can access this on PC, PS4, Xbox One, or the Web App as it is available on all these platforms.

There is no clue about who will be on 23 number in the TOTW squad. There could be any one of the two players who has recently commented about their places based on this week’s fine performances and the last week’s fixtures.

For all those players who have been struggling to grip over the FIFA 17 Ultimate Team, FUT Team of the Week or TOTW is a Weekly ranking team of 23 in-form players. All These in-form players get boosted based on their performance with a stat upgrade by EA. EA picks up this information from the real-life football fixtures and applies in the game for players.

All the New FIFA 17 Ultimate Team Cards are available in Gold, Silver, and Bronze packs and these cards are all available for one week only from every Wednesday 9:45 USA and 5:45 UK time.

Following is the full list of FIFA 17 TOTW players.

Following are the Subs and Reserves for the FIFA17 TOTW 27.