So FIFA 17 is a thing that is actually happening, and there’s no stopping this train. At a recent EA earnings call, the company confirmed that FIFA 17 is under development, and that it will deliver a “major leap forward in personalisation, immersion and competition”. No release date was announced for the game then, but EA did confirm that the game will be playable at EA Play, which is on June 13th and 14th, right after their E3 press conference. 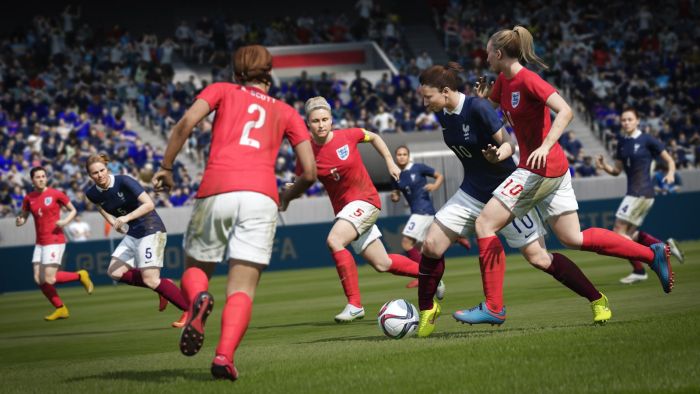 With EA Play being only a couple of weeks away now, here’s our first prediction: we expect the announcement to be at EA’s E3 2016 conference. This should come as no surprise to those of you familiar with EA’s scheduling every year, but if you were waiting to see when you’ll catch a first official glimpse of the game, that’s when you need to tune in: June 12th, at 1 pm PST and 4 pm EST.

As for features, we only have the vague quote from EA to go by: there will be more “personalisation, immersion and competition” in the game. While ‘immersion’ can be seen as a typical buzzword, personalisation almost certainly points towards greater player customisation. We also expect to see more women’s teams added to the game, following the popularity of their inclusion in FIFA 16. As usual, there should be upgraded graphics, adding more detail to stadiums and the environment.

You might be able to play the game early, thanks to EA Access on the Xbox One and Origin Access on the PC. These are subscription-based services that allow a number of offers, including the ability to play EA games five games early, for a total of 10 hours of play. At least, that is what EA provided for FIFA 16, and with the trend continuing for their newest release, Mirror’s Edge Catalyst, we think that this will make a comeback. There is no equivalent service for the PS4, so PlayStation fans are out of luck, unless EA surprises us by introducing EA Access to the PlayStation 4.

Finally, release consoles are a mystery. While we will no doubt see the games on the Xbox One and PlayStation 4 in addition to the PC, there remains the question of whether EA will choose to support last-generation consoles Xbox 360 and the PlayStation 3. Isn’t it about time these old consoles are dropped? But then again, the FIFA series is notorious for taking its time with old consoles: let’s not forget that the PlayStation 2 was supported by FIFA well until FIFA 14, only a few years ago.

What are you expecting out of FIFA 17? Let us know what you think in the comments below.