Last week Russia’s Deputy Prime Minister Dmitry Rogozin showed off a bunch of images and short video clips to introduce the world to the newly gained skills of Fedor, a humanoid robot. In what could be termed a trimmed down realistic version of the Terminator franchise, Fedor was seen shooting guns using both its arms.

Fedor is an intelligent humanoid robot

Acronym for Final Experimental Demonstration Object Research, Fedor is a robot designed for space missions. It will be launched to the International Space Station by 2021 to oversee tasks that are deemed too dangerous for astronauts made of the flesh of blood.

But, the most perplexing question that’s probably striking your mind right now is that will Fedor, the robot who can shoot with both its arms, go hostile and pose a threat to others. Apparently, not! At least that’s what Russian authorities currently seem to believe.

The Russian Deputy Prime Minister assured that his country was not developing a Terminator-like killing machine. Instead, he explained, the gun training was designed to help Fedor hone artificial intelligence.

“Combat robotics is key to making intelligent machines,” Rogozin said, reports IBTimes. “This is applicable to areas including aviation and space.”

Fedor also went through extensive training to conduct a range of other tasks including driving a car, screwing a light bulb, and operating a drill, among others.

Fedor stands six feet tall and weighs approximately 233 pounds. It generates enough mechanical power to lift objects up to 44 pounds and can respond to voice commands. While it can be controlled remotely, the robot also has the ability to function autonomously.

Meanwhile, in a related development, amidst fear and apprehension that the rise of artificial intelligence and robotic technology could one day bring along an existential threat to the human race, developers from Google’s AI wing DeepMind and scientists from Oxford University have reportedly joined forces to develop a “kill switch” to prevent rogue AI from turning hostile. 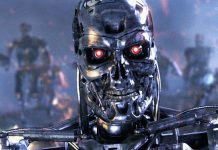