When Pokemon GO was first released, the app soon got third-party supplemental apps that helped players make the game easier to play. Such apps included tracker or map scanner apps, but most of them got killed with updates from the game’s developer Niantic. The last working scanner was Pokevision, and now users have set their eyes on the FastPokeMap scanner that is being developed right now.

Developers of FastPokeMap, a third-party tracker for Pokemon GO, have started a closed beta test of the new hack. After the testing is successfully completed, the hack will be shared with the developer community who will come out with a well-finished app for regular users. Of course, developers have already stated that using the scanner is illegal, though we think they meant it is unfair or not allowed by Pokemon GO developer Niantic officially. 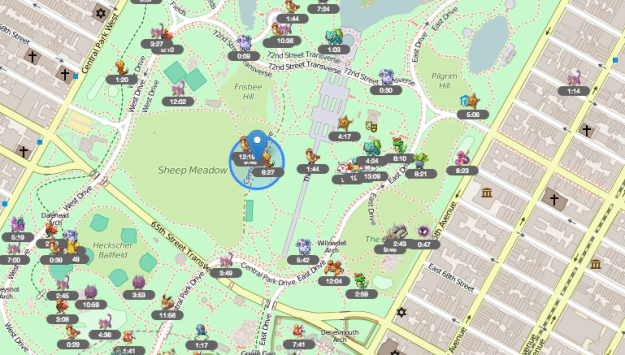 FastPokeMap release is expected to happen anytime soon. It has been reported that the hack has already started bypassing the security system of Pokemon GO. The process is a little difficult, says the developer, but they did successfully complete the initial test scan. The first Pokemon that was spotted on the scanner is Rattata. The developer said that the new hack is progressing well, but no specific dates can be given for FastPokeMap download release.

As we said, the developers of FastPokeMap have made it clear that they are not breaking any law by hosting a map. However, they did reverse the security of Pokemon GO, which is not legal actually. In case you don’t remember, Niantic Labs had recently updated the game to block third-party scanners that access the game’s API. That was two weeks ago, and FastPokeMap is already nearing its release.

Some reports suggest that the official Pokemon GO developers are working on a tracker app of their own that will help identify the location of Pokemon at Pokestops. It is believed that the app is being tested in San Francisco and will take some time to get launched officially. In the meantime, to pass the time, you can watch the FastPokeMap in action in the video below. Do leave your comments below and tell us how you liked it.