Fallout 4 has a new DLC pack out, following Bethesda’s master plan of DLC releases for the game this spring. After Automatron released last month, we now have a follow-up to it in the form of Wasteland Workshop, which is basically post-apocalyptic Pokémon. Capture creatures, cage them and then have them fight each other for your amusement! Also included is a range of design options for settlements, such as nixie tube lighting, letter kits and even taxidermy. But how does it fare on reviews? We take a look. 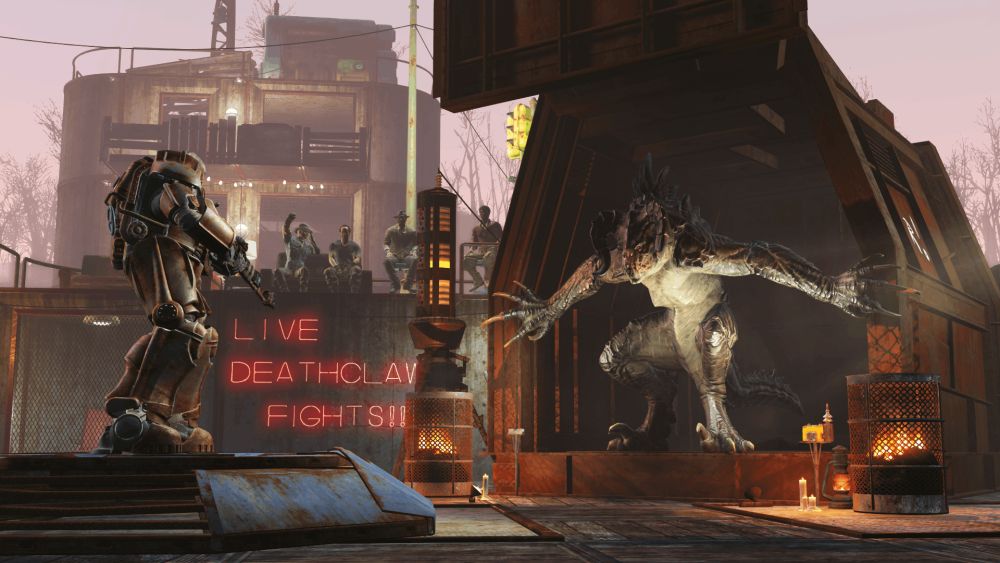 The game is sitting at a rather disappointing 55 over at OpenCritic, although it has been covered by only 6 critics, of which Rock Paper Shotgun does not score. For contrast, last month’s DLC, Automatron, managed an aggregate score of 70 with 29 critic reviews. So it’s possible we’re going to see the score change drastically as more critic reviews come in, but let’s have a look at what the few critics at the moment are saying.

Mick Fraser of God is a Geek and Jared Petty of IGN both acknowledge the cosmetic additions the DLC brings, but don’t seem all the impressed by the actual gameplay elements of it. Fraser in particular points out that the arena is buggy (which shouldn’t come as a surprise to anyone, considering this is a Bethesda game). Levi van Tine of High-Def Digest suggests that the content of the update could have been free update material.

Rock Paper Shotgun agrees that the pack is overpriced despite its low asking price, describing it as feeling like a “paid, and therefore largely underwhelming, mod”. Destructoid, who scored it a 4/10, calls it a bad buy, and suggests not buying it a la carte.

What do you think of Fallout 4’s Wasteland Workshop DLC? Let us know in the comments below.