Bethesda has released a beta update 1.5 for Fallout 4 on Steam, and players have already been delving into the patch to find out what’s next for the game. It seems that we’re going to see a range of base building options added in the upcoming Far Harbor DLC for the game, which is scheduled to arrive in May 2016. 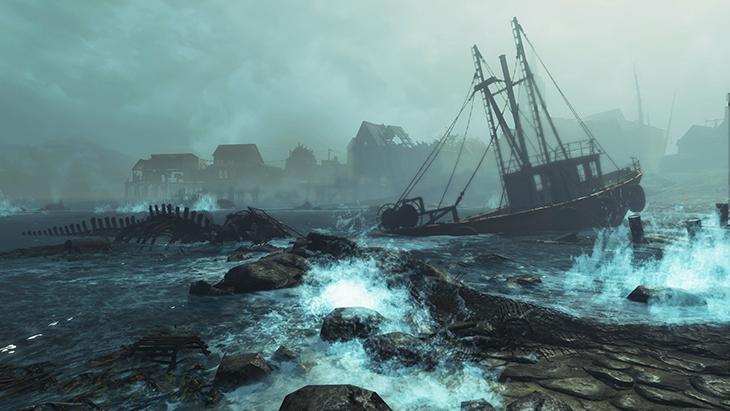 According to the datamining, the list of new base building options includes boxcars (blue and orange), scaffolding, warehouses, barns, ball tracks and elevators. There will be a range of options as usual, for instance, barns will come with doors, floors, prefabs, roofs, stairs and walls. Decorations include displays (for armour racks, weapon racks, power armour and such) and wall decorations, including posters. On the Power front, the DLC will include manufacturing options such as conveyor belts and machinery, as well as marquee, advanced switches and conduits.

Far Harbor is included in the season pass for Fallout 4, but will also be available individually at $24.99. Far Harbor is slated to be the largest expansion Bethesda has made, even bigger than Shivering Isles for The Elder Scrolls IV: Oblivion. The DLC will follow a new case from Valentine’s Detective Agency that leads the player on a search for a young woman and a secret colony of synths.