Fallout 4 bugs come in many forms, shapes, sizes and frustration levels. They can transform another wise pleasant mutant-killing, wasteland-exploring experience into a survival horror game (pictured below). Thankfully, one brave team of modders is on its way to fix “every bug with Fallout 4 not officially resolved by the developers to the limits of the Creation Kit and community-developed tools”. 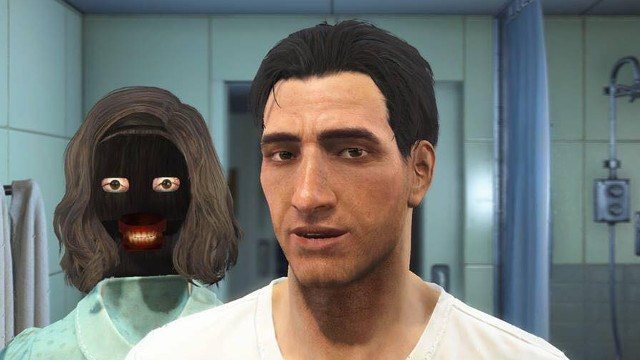 The mod, seen here at Nexus Mods, will fix “hundreds of gameplay, quest, NPC, object, item, text and placement bugs”, and will not make an unsafe changes, while trying to be as compatible with other mods as possible. The mod comes with some pedigree, as its team has previously worked on the Unofficial Oblivion and Skyrim patch series.

To install, the unofficial patch itself requires that the official Fallout 4 patch 1.5.146 is installed on the system. At the moment, the unofficial patch is only at version 1.0.0, but it already fixes a number of bugs and glitches, such as giving a few of your companions the Live & Love magazine perks, fixing audio related to an extra line said not included in the subtitle, and so on.

The mod is only available on the PC, of course, and will continue to fix more and more bugs in what might very well be a never-ending task.