Fairy Tail chapter 544 was released a few days ago, meaning that fans of the critically acclaimed series are now eagerly waiting for the next chapter to arrive. This is the last time they’re going to wait for another chapter as the next one is going to be the last chapter of the series. The previous few chapters of the series focused on how Acnologia returned and started causing trouble again. All the Dragon Slayers have been trying their best to put an end to Acnologia once and for all. In the last chapter, they finally managed to do it. And now, the next chapter will reveal what the Fairy Tail Guild is going to do now that they have emerged victorious in their most difficult battle.

So without any further due, here is what happened in the previous chapter along with what is expected to happen in Fairy Tail chapter 545.

In Fairy Tail chapter 544, Acnologia continued to create havoc even after the Fairy Sphere was used on him. After seeing that Acnologia isn’t going to stop easily, Meredy decided to step up. She decided to link all of the Mages continent’s power, through which she was able to increase the Defense Magic. After fighting for a while, Natsu defeated the spiritual form of Acnologia with the help of the combined power of the other six Dragon Slayers. After the spiritual form of Acnologia was defeated, his physical form also started decaying. Afterwards, Acnologia was defeated once and for all and the future of Earth was secured.

Now, in the next chapter of Fairy Tail, fans will get to see what the Fairy Tail Guild members are up to. Lucy will become an award-winning writer after she writes a book in which she will tell about all of the adventures she had after joining the Fairy Tail Guild. Lucy will also decide to share some details regarding the relationships that have formed after the battle with Acnologia. Elfman and Evergreen are going to be Lucy’s favorite pair, while Gray and Juvia are still going to be seen confused about their relationship. 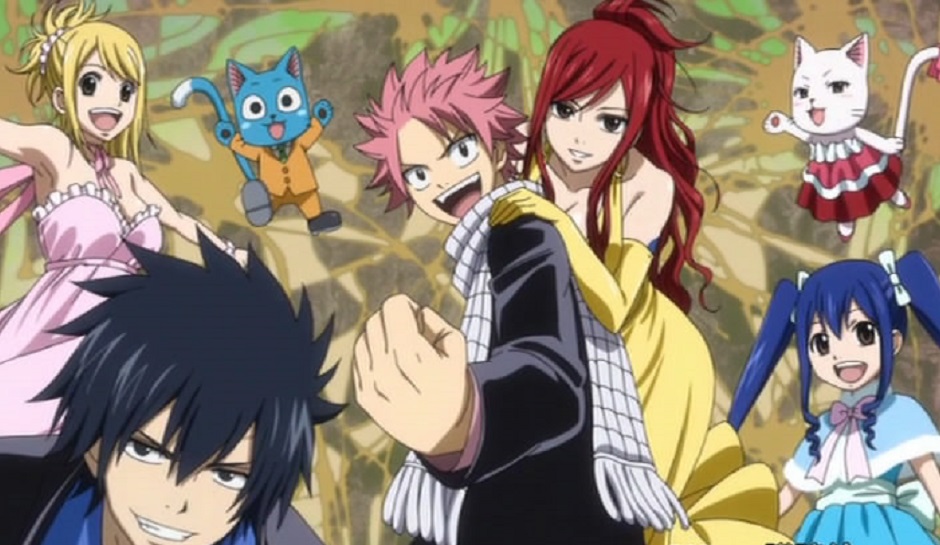 Laxus on the other hand, will be seen as a Ladys man now that he has been linked with Miran, Cana, and Lisanna. Aside from this, Anna Heartfilia is going to stay and become a teacher at a small village. The Lamia Scale Guild and Shelly will have a close relationship with Wedny, while Erza will be thinking about her relationship with Jellal. Makarov will be seen alive and well, but he will be on a wheelchair thanks to Zeref. The chapter will conclude with Natsu and his team setting off for the 100-year quest. Something interesting regarding Mavis and Zeref will be also revealed in the next and final chapter of Fairy Tail.

The final chapter of the series, Fairy Tail chapter 545 will be released on July 26, 2017. It will be without any doubt, a heart breaking moment for fans to see their favorite series come to an end.

Let us know if you’re excited for Fairy Tail chapter 545 or not in the comments below.