Fairy Tail chapter 516 was released a few days ago, and fans are now eagerly waiting for the next chapter to arrive. The previous chapter was a rather surprising one as Eileen showcased a new trick. Based on what happened in chapter 516, there is a chance that Erza will kill Eileen to protect her friends. However, Wendy’s life is kind of on the line right now.

Here is a short recap of Fairy Tail chapter 516 along with what is expected to happen in chapter 517.

The previous chapter of Fairy Tail was really interesting. In it, Eileen revealed that she is Erza’s mother, which shocked almost everyone. After Eileen told Erza everything about her past, Erza simply stated that she managed to meet a group of people, the Fairy Tail guild, which is her true family. This made Eileen even more mad as she already held a grudge against the Fairy Tail guild, so the mother and daughter engaged in a fight against each other. 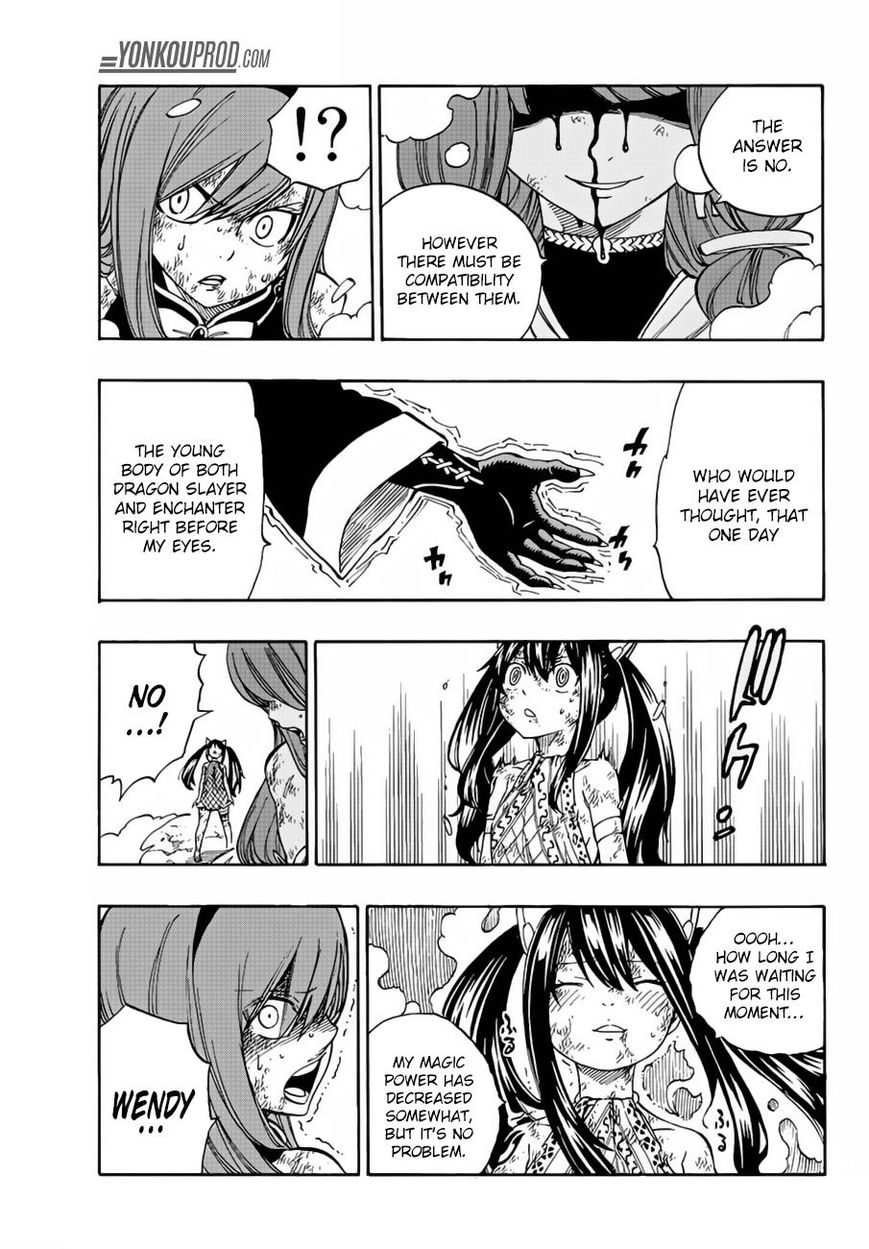 As Wendy was fighting alongside Erza, it was really difficult for Eileen to take Erza down. Avid fans of the series know that Wendy is a Belserion dragon slayer and she also knows enchantments, just like Eileen. The two decided to take Eileen down together, and they were fully determined to do that. After seeing that Erza and Wendy have the upper hand against her and she can’t take both of them down, Eileen decided to perform a new kind of enchantment.

Eileen performed an enchantment through which she transferred herself into Wendy’s body. This did make Eileen weak as Wendy’s body was just not that strong, and Erza got enough time to kill her. However, as Wendy was a close friend of Erza, she was unable to damage here body. Fans are now wondering what Erza will do in order to put a stop to Eileen’s evil plans.

Now, in Fairy Tail chapter 517, Erza will have a hard time against Eileen. To kill her, she will have to go through Wendy first. Speculations are that to protect her other friends, Erza will go ahead and put a stop to Eileen by killing Wendy.

Wendy To Intentionally Kill Herself?

On the other hand, some rumors claim that Wendy will kill herself just to protect her friends. She will make a sacrifice no one will ever forget. The chances for this to happen are high considering the fact that Wendy is really emotional when it comes to her friends. For now, let’s just hope that Erza finds a way to take Eileen out of Wendy’s body.

Fairy Tail chapter 517 will be released sometime in the next week. Let us know if you’re excited for it or not in the comments below.