Fairy Tail chapter 510 was released a few days ago, meaning that fans are now eagerly waiting for the next one to arrive. The previous chapter was a rather surprising one, as we got to see some memories of Natsu, in which his parents were revealed.

Here is a short recap of Fairy Tail chapter 510 and spoilers of chapter 511.

After Natsu, Gray and Juvia passed out, Lucy suggested that they should take the three back to Porlyusica. However, upon reaching the place where Porlyusica was, they got worried after knowing that Gray and Juvia will be okay, but Natsu will remain in danger. What he has cannot be cured by Porlyusica, or even by Brandish. It will take something more than their magic power to cure him.

Shortly after this, Lucy noticed that Natsu’s skin was getting cold. This made her worry as cold skin indicates that a person is dying. On the other hand, Natsu is seen dreaming about a cold place where Zeref confronts him. Natsu then asks Zeref where they are, to which he replies by saying that they are in his heart and that he will die soon. He then tells Natsu that he is about to show him some memories before he met Igneel. 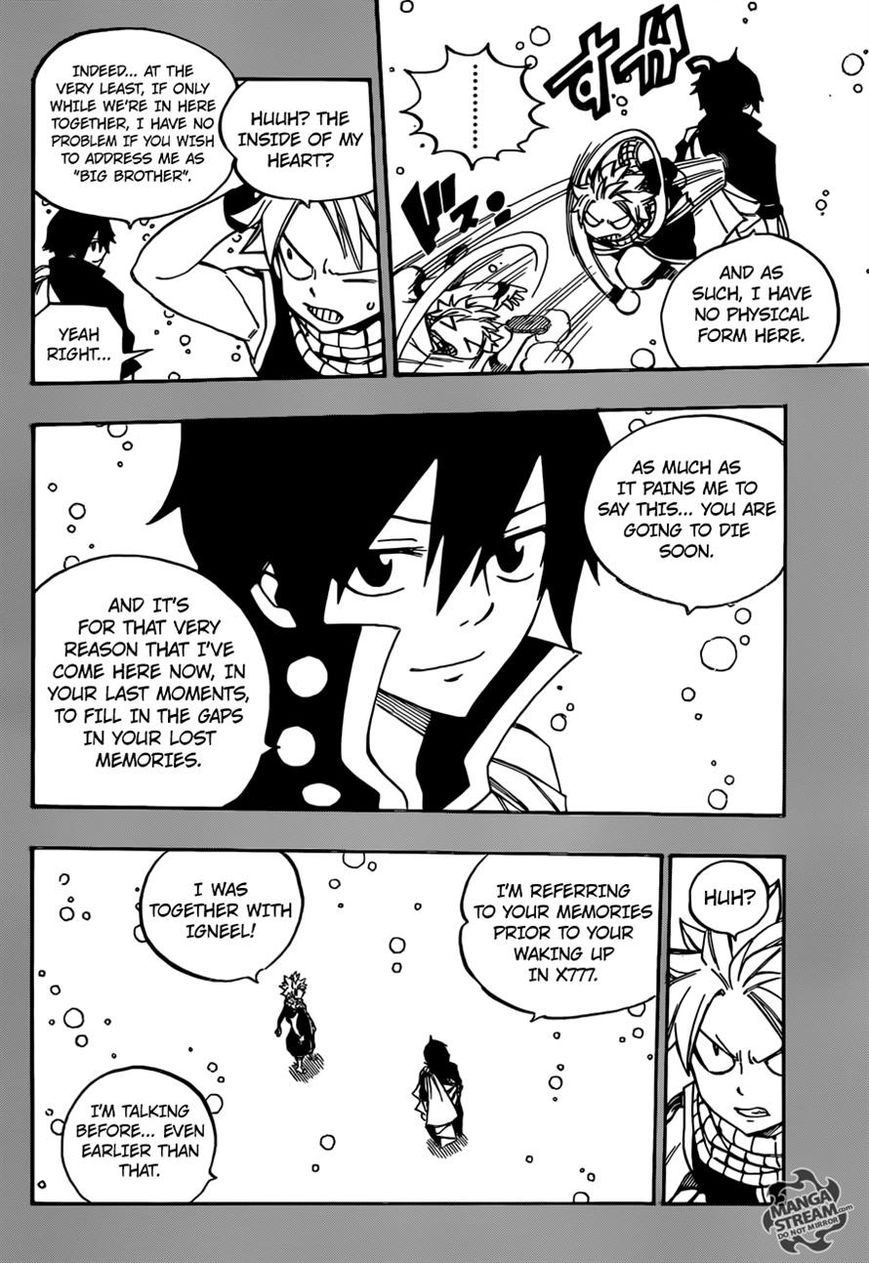 Zeref then shows him what his life was before he met Igneel. He shows him a small village where even his parents were present. They were seen living a happy life, until one day, a Dragon came and ended the lives of their parents and Natsu. Zeref then tells Natsu that he had to research a lot in order to bring him back, and after trying day and night, he was able to resurrect him as END. It was also revealed that Zeref was the one who left Natsu in Ingeel’s care. While walking away after leaving Natsu with Ingeel, Zeref said that “Sooner or later I’m sure THAT CHILD will meet Wendy..” This indicates that Zeref already knew about Wendy.

After Zeref is done with telling Natsu about some of his past, he vanishes. However, Sting then appears and tells Natsu to follow him if he really wants to know whats going on. Now, in Fairy Tail chapter 511, rumor is that Sting will help Natsu discover what is actually inside his heart. It might be Darkness. 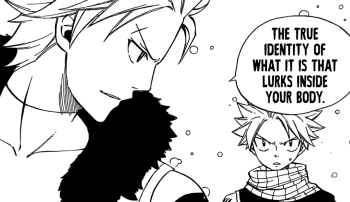 Sting even comes to the rescue of Kagura and Yukino in the real world. He fights will Rahkeid confidently and shows him that he can go against him. However, he was wrong.

Now in Fairy Tail chapter 511, Sting won’t be able to defeat Rahkeid, but he will manage to give him one hell of a beating, which will buy Mavis some time. And afterwards, Mavis will be the one who will end Rahkeid. It will be hard for her to do that, but she won’t have a choice.

Fairy Tail chapter 511 will be released some time in the next week. Let us know if you’re excited for it or not in the comments below