Fairy Tail chapter 507 was released a few days ago, meaning that fans are now eagerly waiting for the next chapter of the critically acclaimed Manga series to arrive. The previous chapter was without any doubt, an interesting one as it showcased how Natsu and Gray escaped the darkness.

At the end of Fairy Tail chapter 506, Natsu and Gray were about to go all out against each other. Just when both were about to deliver one final blow, Erza appeared out of nowhere, stepped in the middle of their battle and stopped their attacks with her bare fists. As expected, in chapter 507, she managed to get both of them back into their senses. After getting back, all three of them reunited with Juvia and Lucy. However, just when they are finished celebrating their reunion, Eileen shows up, thus surprising the Fairy Tail members. 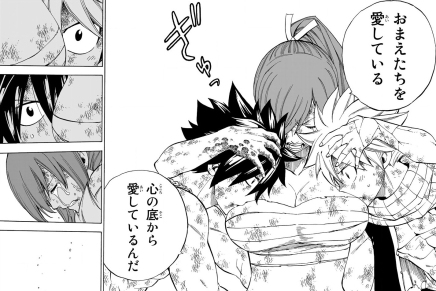 So without any further due, here is a short recap of Fairy Tail chapter 507 and rumors of chapter 508. Keep in mind that the following recap contains major spoilers, so proceed at your own risk.

Chapter 507 starts from where Erza stops Natsu and Gray. After she stops them, she starts telling them how important they are to each other. She reminds them that both of them share a lot of memories together and are comrades. She then reminds them what it means to be a member of Fairy Tail guild and when is done, the darkness suddenly vanishes from the face of Natsu and Gray, suggesting that they are now back into their normal state. Afterwards, Erza tells them how much she loves them and hugs them with tear in her eyes.

After they are back to normal, Juvia and Lucy catch up to them. Juvia screams Gray’s name and upon hearing it and learning that its Juvia’s voice, Gray passes out. Juvia on the other hand faints due to over excitement. Lucy and Happy also reach out to Natsu, who passes out just when the two reached him. However, both Natsu and Gray got relieved after seeing that Juvia and Lucy are alive and safe. 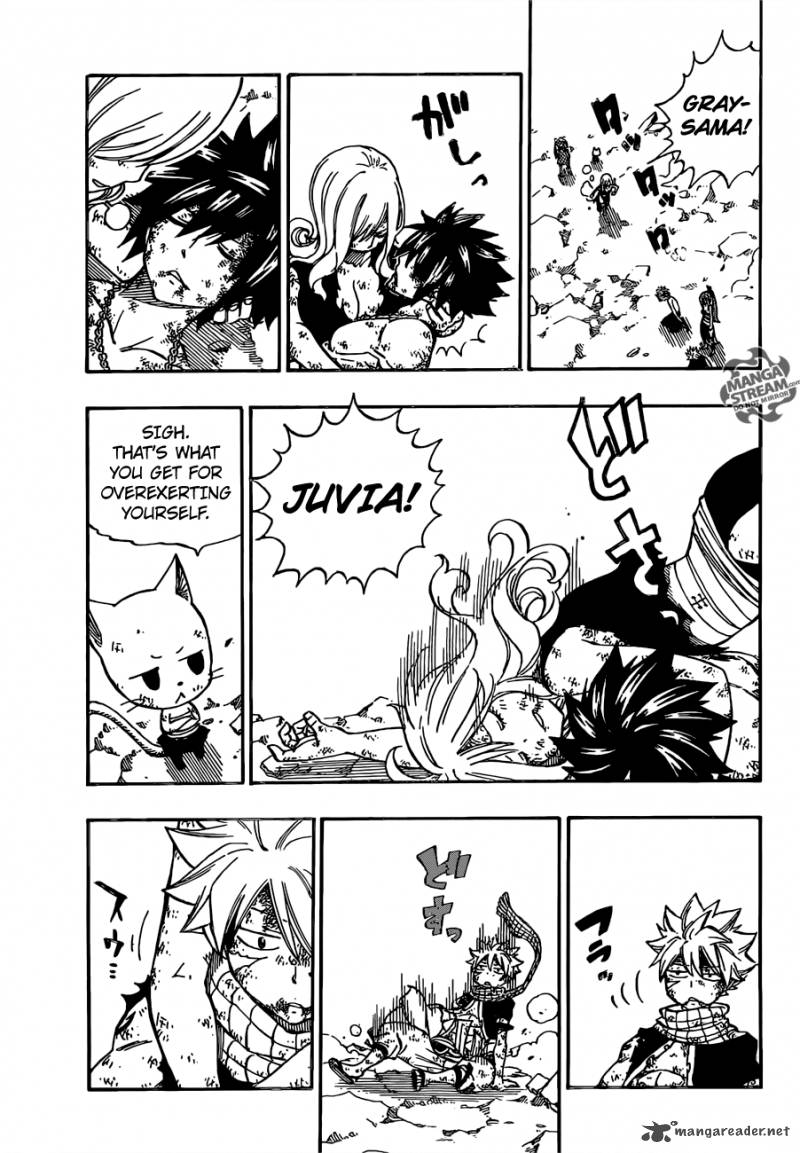 Gildarts To Make An Appearance In Fairy Tail Chapter 508

The scene then switches to another battle, where Jellal along with his new team, Midnight, Racer, Hoteye, and Cobra are trying their best to take August down. At first, Racer charges towards August and tries to eliminate him with his speed. However, the latter appears to be too slow for him. Midnight then comes forward and decides to take August down with Spiral Pain. However, the attack was powerful, but not for August as he easily dodges it. All of them try to take down August with their best attacks, but he is just too powerful for them. As time passes, Jellal and his newly recruited team are seen running out of options.

Now in Fairy Tail chapter 508, Mavis and her team might come to help Jellal in taking down August. There are various rumors claiming that Gildarts might finally make an appearance and will taken down August.

The scene then again switches to Erza, who has decided to visit the Porlyusica to examine Natsu, Gray and Juvia. However, just when she is about to leave with the rest of the team, Eileen appears out of nowhere and attacks them, thus blasting them away. The chapter then finally ends with Eileen confronting Erza and telling her that she and Erza are the same. 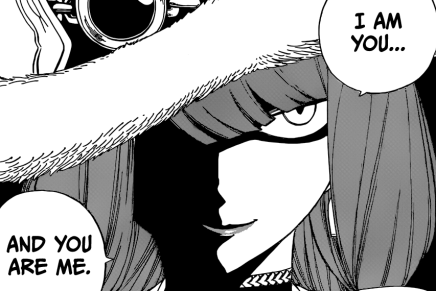 Now, what Eileen said suggests that the relation between her and Erza will be soon revealed. Maybe both of them will turn out to be sisters or mother and daughter. Some rumors also claim that Eileen is actually Erza from the future. But the one which makes more sense is that both of them are actually sisters. In Fairy Tail chapter 508, Erza will most probably ask her about what she meant when she said they are the same. So their relation might finally get revealed in chapter 508.

Fairy Tail chapter 508 will be released this week. The chapter will finally reveal the relation between Erza and Eileen. Gildarts is also rumored to make an appearance in the next chapters, so fans definitely have something to look forward to this week.

Let us know if you’re excited for Fairy Tail chapter 508 or not in the comments below.