Fairy Tail Chapter 502 was released this week, meaning that fans are now waiting for the next chapter to arrive. In the meantime, many spoilers and predictions have surfaced regarding what will happen in the next chapter of Fairy Tail.

In the previous chapter, Mavis managed to escape from the Ice Lock Spell after Invel got defeated. But after escaping, she encounters Eileen, an even stronger foe. So will she manage to go head to head with Eileen? Also, many fans are wondering what will happen to Natsu as his tumor is now back to its original size.

In Fairy Tail Chapter 502, we saw that the strongest female member of the Spriggan 12, Eileen was assigned the task to extract the Fairy Heart from Mavis by using any means. This was already taking Eileen longer than expected and to make things worse, Zeref appeared in the room out of nowhere, thus distracting Eileen. Zeref states that he wishes to see and talk to Mavis one last time. However, it turns out that Mavis played a trick on Eileen so she can escape, which she does. The real Zeref then comes into the room and tells Eileen that Mavis played a trick on her by using her illusion magic. Zeref then tells Eileen to chase down Mavis at any cost. 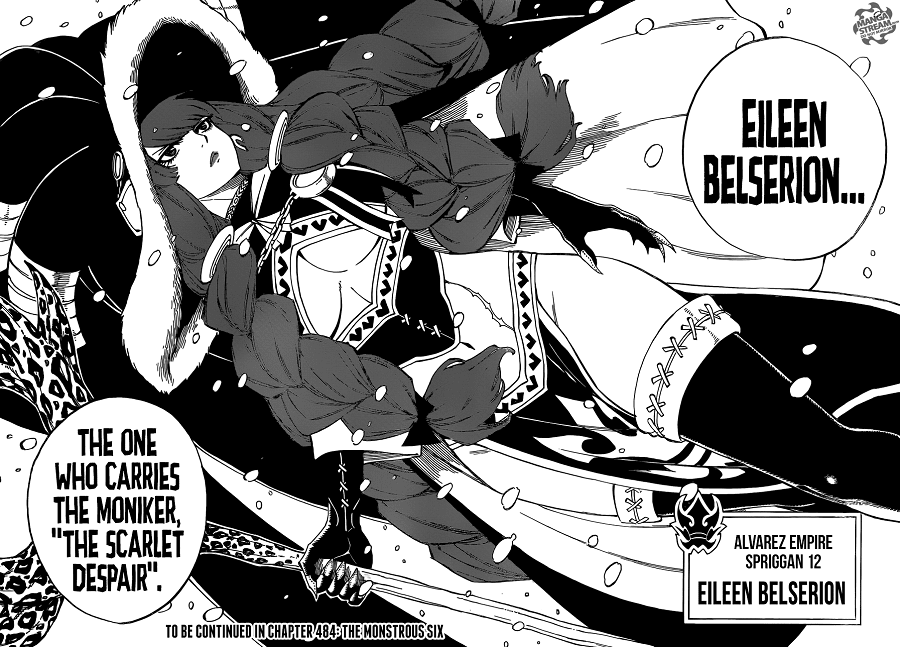 After Mavis escapes from Eileen, she is seen climbing a boulder. While thinking of a way to find her friends, Mest Gryder appears out of nowhere. Later on, it is revealed that Zera is the very person guiding everyone back to the guild. Zera is the reason why some guild members, Gajeel, Levy, Droy, Jet, and Lily found each other on the right time. After she successfully completes her mission, Zera says goodbye to everyone and then returns to Mavis’s consciousness. Mavis once again, takes the lead and states that its time for all of them to return to their home, which is their guild. “Now the time has come for all of us to return to the place where we belong.. Our home.. Our guild,”

At the end of the chapter, we saw that Dimaria is about to torture Natsu and Lucy, who are trapped inside Dimaria’s lair and are tied up. On the other hand, Porlyusica manages to find Brandish (who happens to be alive and well), and tells her that Natsu’s tumor is not Anti-Ethernano. It is in fact, far worse than that. 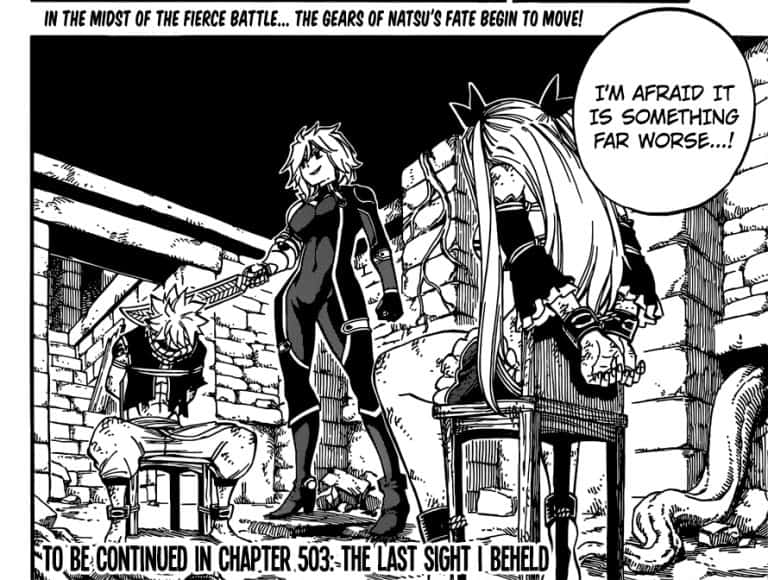 Now this indicates that Natsu might finally awake END. He might trigger it when he will see Lucy getting tortured by the hands of Dimaria.

We all know that aside from Dimaria, no other Spriggan 12 member has treated Brandish with care. She has also witnessed how cruel her comrades are. This might make her leave the Spriggan 12 and join Fairy Tail and aid them in their war against Zeref. Brandish might once again face Dimaria because she still has some unfinished business with her. 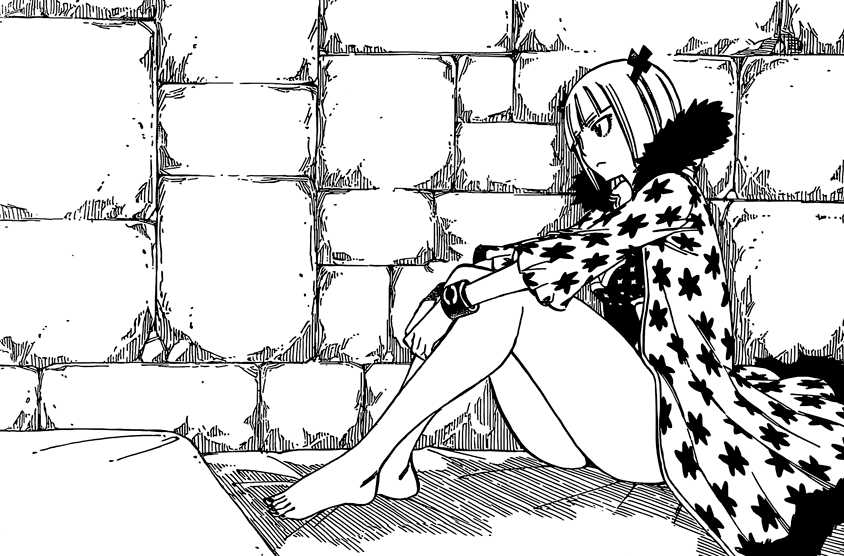 Fairy Tail Chapter 503 will be released sometime in next week. In the next chapter, we will finally get to see whether Brandish switches sides or not. Hopefully, she will change her mind and join Fairy Tail, which will definitely turn the tides around.

Let us know if you’re excited for Fairy Tail Chapter 503 in the comments below.