Some great news for the avid users of Facebook, a beta variant of Facebook Messenger for Windows 10 Mobile has landed in the Windows store. The application was announced few weeks back with the launch of the desktop counterpart. 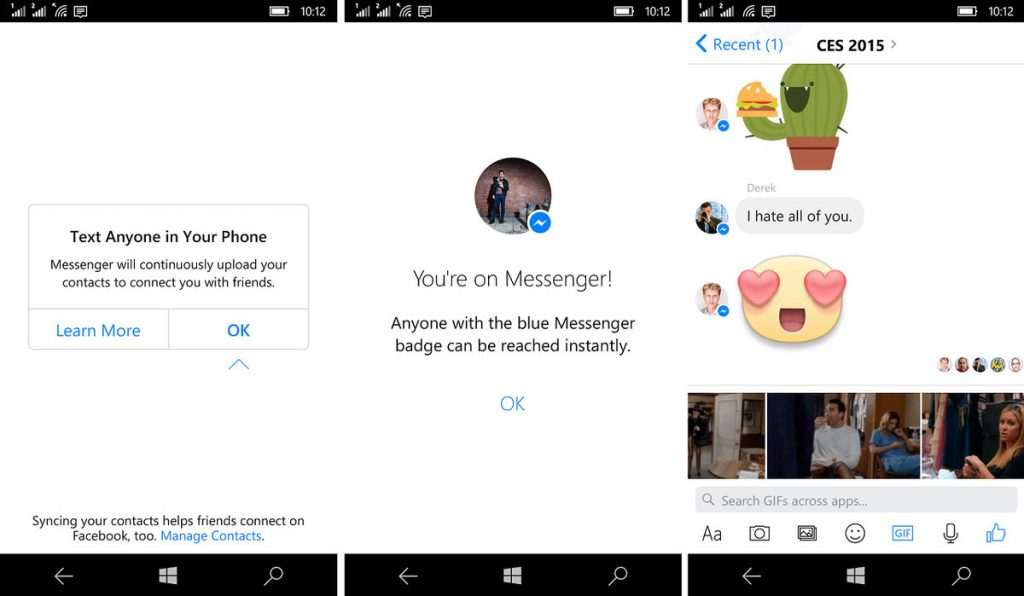 Going by the scheme of things, it won’t be late as the beta version seems quite decent barring some initial quirks and performance issues.

The only issue or caveat is that not all users are able to download the app. While most users in the US are able to download and enjoy the app, the others just can’t get it. Same goes for other regions in the world. The availability is subject to regions and might require a download check at your end as nothing official has been announced.

Following is an another screenshot of the Facebook Messenger app in action: 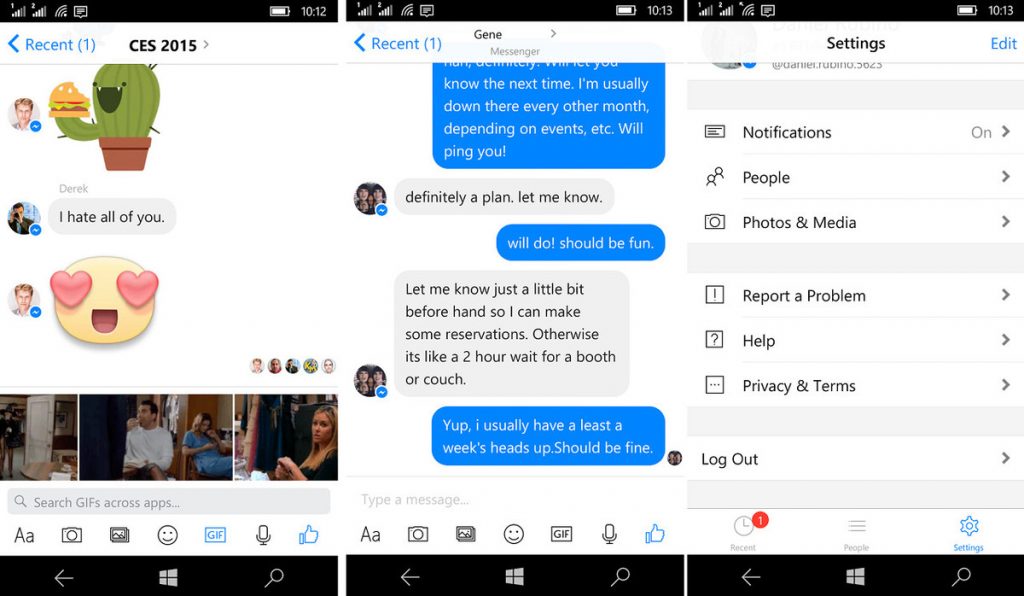 You can download the app following the link below and in case you are lucky enough to get it installed on your windows mobile, do share the region details in the comments section below to help other users.