In 2014, Facebook released a new tool, ‘Safety Check’ to let people stuck in areas hit by some sort of natural disasters check in to declare on their timeline that they are safe from any harm. This feature was widely hailed for its innovative way of using the popular social media website during the times of disasters.

Originally, it was intended to be used during naturally occurring disasters like hurricanes and earthquakes. Four months ago we saw its use during the infamous Paris attack. Where terrorists attacked and killed civilians in Saint-Denis, a northern suburb of Paris. Terrorists carried out massive attacks in a concert and some restaurants of that area. 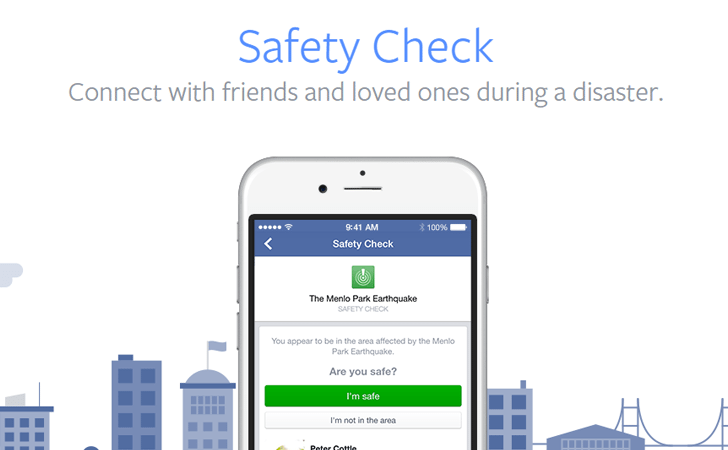 Facebook again extended the tool during the recent terrorist attacks in Brussels, Belgium. The tool asked Facebook users in that area to mark them safe and let their friends know about their safety by pushing a notification to everyone of their friends.

Safety Check also lets people mark their other friend safe or unsafe if they know about their status. Apart from these options users can declare themselves safe by selecting ‘Not in the area’.

Safety Check has also been criticised for causing panic to some users if they don’t see their loved ones being marked safe in the aftermath of such disasters.

The tool is yet to gain popularity because it has been used only a few times and most of the people are unaware of its existence, it can also happen that your loved ones are safe and enjoying their day but have not got time to check-in to this tool.

Safety Check is not the sole tool to confirm and notify your safety status, Dutch Red Cross has already set up a website solely for this purpose, you can check-in your safety status at ‘I am safe’ on the website.

Facebook has earlier been commended for its effort to check terrorism when it announced that it will advertise anti-terrorism activities free of charge. Stay connected for more tech news and do not forget to drop your opinions in the comment box.