MobiPicker
News Games Eve Online Player is Offering $75,000 To Eradicate Rival Faction But There’s...
Share on Facebook
Tweet on Twitter
Deal Alert: 49% Off on ExpressVPN
Touted as #1 VPN in the world, ExpressVPN is now offering 49% off & an additional 3-months of service on its annual plans.

Eve Online has been out for 11 years and is notorious for dramatic encounters in the game as well as real life. However, recently all this just went to the next level. This one of those games which is extremely addicting. But it’s also very very complex. The game is massively scaled with battles taking a toll on the player’s strategic and tactical sense.

Eve Online Player has put a $75,000 bounty on a rival faction

“I’m giving away IRL money through a paypal contract link to pay for the IRL time for gamers to participate in evictions. Employed or not Employed IRL you can participate. It will be a “contract link” so payment will be verified by your effort and in game toons. The money can be contractually recalled if you try to take money and run. The event will be Total Payout of: $75,000 USD for Hard Knocks Eviction.

Please send legit queries to: me with your in game toon names. The paypal link will be up in 3 weeks based on level on response and screening of toons. The event will be recorded and all toon names logged. The amount is based on total payout, so the more people the less individual payout. Doing the math on HK if we get 800 toons, it’s $94 per toon, if we get less the payout goes up. Timing of Ops not disclosed.”

However, a major problem with this is that it violates the Terms of Service for EVE Online.

“You may not market, sell, advertise, promote, solicit or otherwise arrange for the exchange or transfer of items in the game or other game services unless it is for in-game sales of in-game services or items.”

So, our friend here has a serious legal hurdle to overcome before he can even think about embarking on this endeavor. 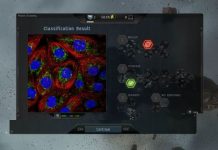