Recently we had told you how Apple was deliberately bricking devices which have been repaired from non-authorised Apple stores. Many Apple devices had got bricked by Error 53 and were rendered completely dysfunctional due to this while updating to the latest iOS version. 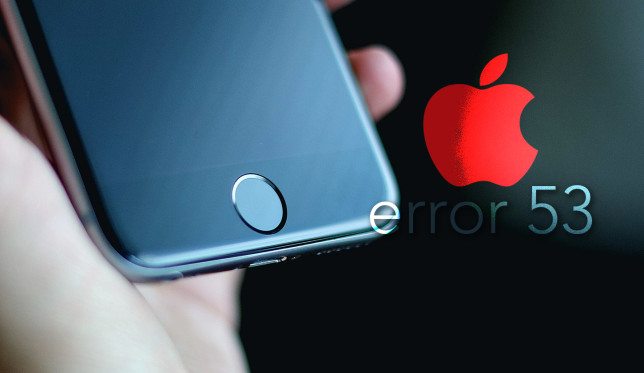 After receiving heavy flak from different corners, Apple has changed its stand and has finally decided to amend this Error 53. In the latest official statement, Apple said,

“We apologise for any inconvenience, this was designed to be a factory test and was not intended to affect customers. Customers who paid for an out-of-warranty replacement of their device based on this issue should contact AppleCare about a reimbursement.”

Apple has also released a new update to fix the devices running on iOS 9.2.1 which have been affected by this Error 53. The fix is very simple and can be done without taking your devices to the Apple service centre.

The fix can be done through iTunes. You have to first ensure that you have the latest version of iTunes, then do a force start by pressing the lock and the home buttons for 10 seconds simultaneously. When the Apple logo appears, it means you are in the recovery mode. iTunes will detect the Error 53 and then prompt you to the latest update which should solve this issue.

You may lose all your contents including files, pictures, apps, music, etc. because it will be a full restore but you don’t have any other choice. Even if doesn’t solve the issue then you’re left with no option but to carry your device to your nearby Apple service centre.