Bullets. You’ve fired them millions of times in video games. You’ve suffered your fair share of them, too. But have you ever considered embracing the bullet within you? Enter the Gungeon will let you do exactly that. The game comes packed with secrets, and there’s one that, according to Steam Achievements, has been unlocked by only 0.1% of players. This one’s a doozy. 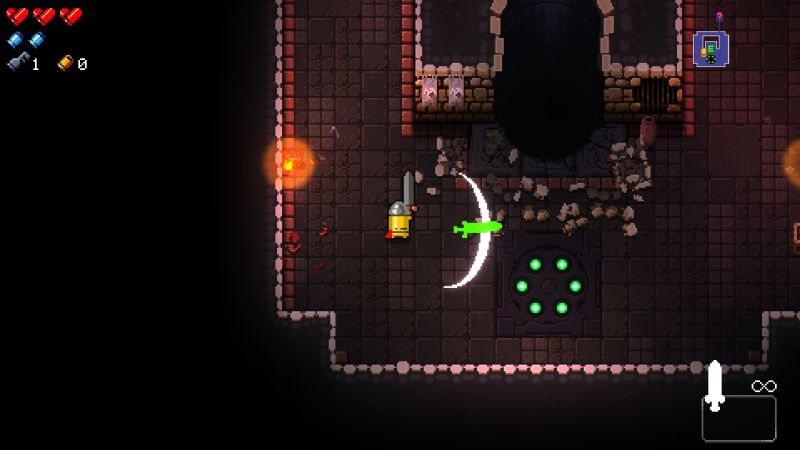 Firstly, you need to unlock at least one Enter the Gungeon character’s true ending, i.e. their past. Once you’ve done this, you will notice a special kind of Bullet Kin appearing in the game. This one will have a red cape on its back. There is a very slim chance of it appearing, but if you’ve unlocked a character’s true ending it should show up at some point.

Next, and this is very important: do not kill it. Kill every single thing in the room except that Bullet Kin. Once you’ve done this, wait for about ten seconds, and that Bullet Kin will warp away from the room. You have to do this again four more times, i.e. five times in all. If you perform this, you will get the super rare Case Closed achievement. And yes, you will be able to play as a bullet at last.

Are you going to chase after this achievement? Let us know in the comments below.