Emma Stone’s ex-boyfriend Andrew Garfield unintentionally seems to have irked the LGBTQ community by making a remark about being gay without the act. The community has slammed the “Spiderman” actor for his remarks and challenged him to come out with the truth if he is actually a gay. Check out what exactly happened!

Andrew Garfield is playing a role of a gay in a gay-centric play, titled, “Angels In America.” During a panel discussion, the actor revealed his thoughts on his own sexuality and said that he would be ready for a gay relationship, says Daily Mail.

Andrew Garfield Is Open For A Gay Relationship

While discussing his sexuality during the Q & A sessions, the 33-year-old actor said that as far as he knows, he is not a gay man. In his statement, Garfield said that he may possibly have an awakening in the later part of his life which surely will be wonderful and he would like to explore that part of the garden as well.

However, the actor said that as of now he is secluded to his area which is also wonderful. In the play, Andrew Garfield portrays a gay man who is inflicted with AIDS virus. The illness leads to stress that ultimately causes a split with his partner, James McArdle. He confessed that to portray the role he indulged in marathon sessions watching RuPaul’s Drag Race.

During the session, Andrew Garfield made the statement that right now he is a gay man without the physical act. And this did not go well with LGBTQ community, says The Fix. One of the people tweeted that it is highly insulting and that you are either a gay or you are not.

The tweet also said that if Andrew Garfield wants to be a part of the gay culture but do not want to deal with the other stuff that comes with it, he must just sit down. There were other tweets too that slammed the actor for his statement. 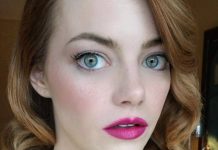