MobiPicker
News Elephone Vowney unveiled with 5.5″ display, Android 5.1 L, 20.7MP camera
Share on Facebook
Tweet on Twitter
Deal Alert: 49% Off on ExpressVPN
Touted as #1 VPN in the world, ExpressVPN is now offering 49% off & an additional 3-months of service on its annual plans.

The Chinese smartphone manufacturing company – Elephone has introduced a new smartphone called – Elephone Vowney. The handset will cost $329.99 (Approx. INR21,000) and will be available for purchase starting Jun 20 in white, gold, and black colors. 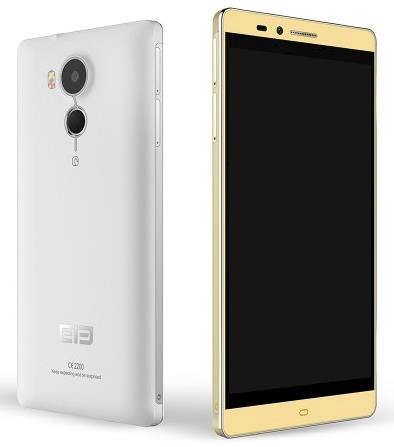 The Vowney is powered by a MediaTek MT6795 chipset with an octa-core 2.2GHz CPU, along with IMG G6200 GPU and 4GB of RAM. It sports 5.5 inch IPS LCD display with a resolution of 2560 x 1440 pixels. It packs 32GB of built-in memory (expandable via microSD card), and a massive 3,800 mAh removable battery. The Vowney runs Android 5.1 Lollipop out of the box.

In terms of camera, the Elephone Vowney features a 20.7 megapixel rear unit with flash light and an 8 megapixel front shooter for selfies.