We finally have more information on Bethesda’s foray into card games, The Elder Scrolls: Legends. Apart from a gameplay explainer video that was released today, Bethesda has announced that the closed beta has commenced, and you may register for it here. Not quite convinced about the game? Check out the explainer video below to find out more. 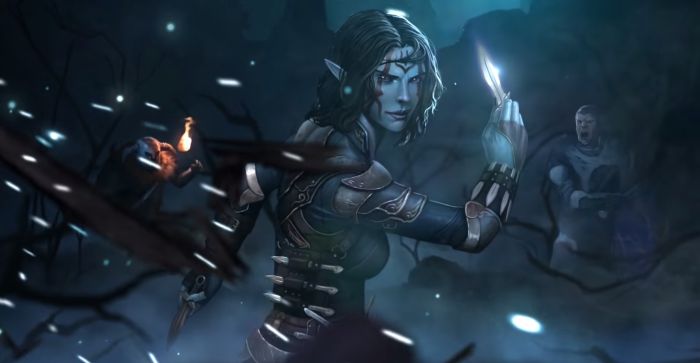 Not unlike Hearthstone, it seems you draw cards and place them in the playing field, with the main goal being to attack your enemy’s health directly. If they run out of health, you win. Interestingly, the board is divided into two ‘lanes’ to play in (MOBA much?) and cards in one lane can only attack other cards in that lane.

The Elder Scrolls: Legends was announced at last year’s E3, but we haven’t heard much from it since. Pete Hines of Bethesda did mention last month that they were close to talking about the game. While we’ll no doubt hear more about the game over the course of the closed beta, official information like a release date will likely be kept under wraps until E3 2016. Bethesda will be holding a press conference this year, just like last year, and we are bound to see some card-flinging action in it. The conference is scheduled for June 12th, at 7 pm Pacific Time.