MobiPicker
News Ecoo E04 With 16MP Camera and Fingerprint Sensor Goes on Sale for...
Share on Facebook
Tweet on Twitter
Deal Alert: 49% Off on ExpressVPN
Touted as #1 VPN in the world, ExpressVPN is now offering 49% off & an additional 3-months of service on its annual plans.

After the successful expansion of Xiaomi‘s business outside China, many other lesser known smartphone companies are trying to make a mark in the global market by stuffing their phones with high-end specs and keeping the price tag as affordable as possible. The latest company to do this is Ecoo, and the Ecoo E04 is now on a limited period sale at a discounted price on Everbuying. 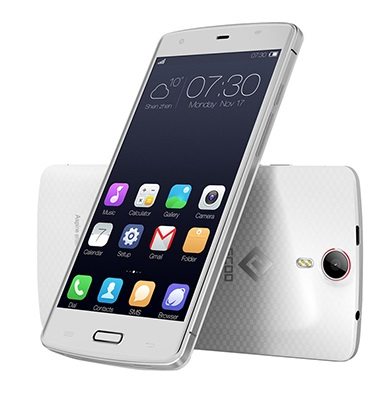 In case you are not brand conscious and are ready to buy a phone as long as it is affordable and comes with great features, then you should definitely have a look at the specs of this phone. The Ecoo E04 boasts of a 5.5-inch Full HD IPS display and runs Android 5.1 Lollipop out of the box. It gets a 64-bit MTK6753 octa-core processor clocked at 1.3GHz along with a Mali-T720 GPU, and carries 3GB of RAM with 16GB of internal expandable memory. The 4G-enabled phablet gets a 16MP rear camera and an 8MP front snapper.

The Ecoo E04 gets a physical home button at the bottom of the display that houses a fingerprint sensor too. The phone keeps going all day with a 2,500mAh battery. As for the looks, the phone is sober-looking and is very comfortable to grip.

So if you’re looking for your next smartphone in a tight budget, then the Ecoo E04 can be a great choice. You can get it from Everbuying for just $129.89 by using the coupon code EBE04. Any takers?