A recent meta-analysis conducted by researchers from Norwegian University of Science and Technology and Imperial College London, published in the BMC Medicine journal, found that people who eat approximately 20 grams of nuts per day have significantly lower risk for many health risks. 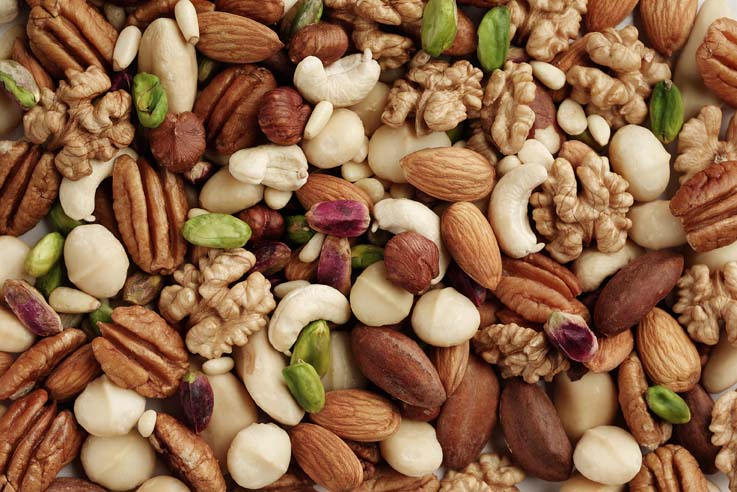 Since the meta-analysis included data from just 29 studies (pretty low when you conduct that kind of research study), which weren’t enough to establish a concrete causal link between nut consumption and reduced health risks.

The analysis covered 29 studies conducted around the world, including 819,000 participants out of which 18,000 were cancer patients, 12,000 individuals suffering from coronary heart diseases, and 9,000 stroke patients. Further, studies analyzed included a total of 85,000 fatalities.

Dagfinn Aune, the meta-analysis co-author, noted that many previously conducted nutritional benefits studies focused on diseases like cancer, heart diseases, and stroke – life-threatening diseases in other words. The current study also looked for benefits linked with other diseases that are not potentially fatal.

The study found that regular consumption of nuts had a positive impact on most of the health problems, despite different variables such as geographical location, gender, and varied health risk factors. Nut consumption is associated with reduced risk of various diseases, so even if there weren’t enough studies involved in order to establish a causal link between the two, it can be said that nuts have a positive impact on your health. All kinds of tree nuts were studied (walnuts, hazelnuts, and peanuts, although peanuts belong to the legume family), which could be problematic since not all kinds of nuts can have the same effects.

Generally, nuts are rich in fiber, magnesium, and polyunsaturated fatty acids known for their positive effects on cholesterol levels. Aside from being rich with the three, pecan nuts and walnuts are rich in antioxidants, known for their positive effects on the risk of cancer. Also, although nuts are generally rich in fat, the high presence of proteins and fibers can help in reducing the risk of obesity, if the nuts are consumed in moderate amounts.

Also, the study concluded that “if people consumed on average more than 20g of nuts per day, there was little evidence of further improvement in health outcomes.”