There have been tons of questions, gossips, discussions, and debates on the fate of our planet, with everyone guessing the different ways our Earth could come to an end. Also, scientists have been trying to find out exactly when this green planet is most likely to end. And if the latest reports are to be believed, the destroyer of life on our planet and our planet itself would be none other than the mighty Sun.

A study was published recently in the Astronomy and Astrophysics journal, and it said that all life on Earth would end if the sun grows a hundred times larger than its current size. This would result in all life on this planet being wiped out. Scientists from Belgium have been studying the evolution of stars using very advanced radio telescopes, and they have found that the sun would undergo a change and grow massively when the time comes.

According to Professor Leen Decin, KU Leuven Institute of Astronomy, the sun will grow into a red giant star five billion years from now. It will then be 100 times larger than it is now, and it will lose a large amount of its mass due to a very strong stellar wind. This will ultimately lead to the sun becoming a tiny white dwarf star seven billion years from now. Then, the sun will only be about the size of our planet, though much heavier. To put it into context, one teaspoon of material from a white dwarf weighs about five tons!

As the sun expands by hundred times, it will first eat up Mercury and Venus. In the meantime, the Earth will be heated to such an extent by the sun’s intensity that it will be scorched to death. Any and all form of life on our planet will become extinct once the sun grows that big, say the researchers. The scientists used the revolutionary ALMA radio telescope to study a star named L2 Puppis. It is 208 light years away and similar to our sun in a lot of ways, so studying it helped the researchers predict the behavior of our sun. 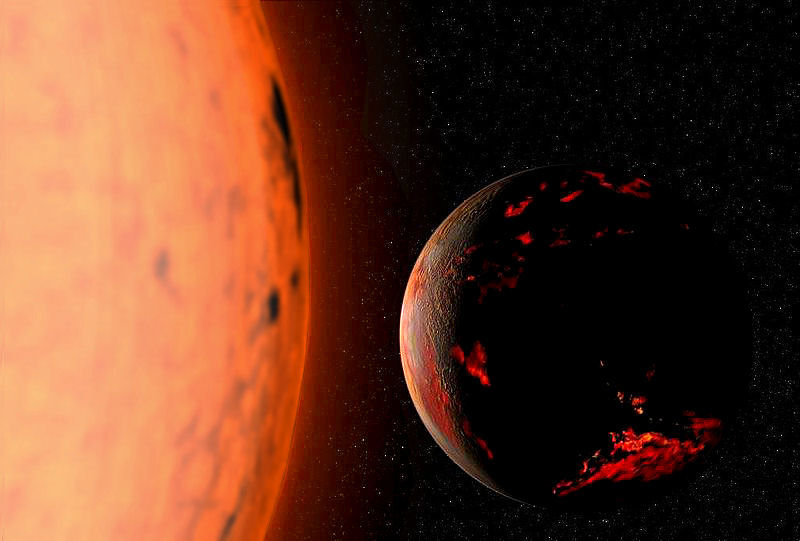 So the L2 Puppis had once been like the sun, but it has become very different now. The L2 Puppis is about 10 billion years of age, but five billion years back, it was almost the same size as our sun with about the same mass. But the L2 Puppis lost one-third of its mass during its evolution, and the researchers predict that the same will happen with our sun. When the L2 Puppis expanded before losing its mass, all the planets orbiting it were lost. Only one of them has been found yet, and it sits 186 million miles apart from the L2 Puppis. This planet indicates what might happen to our Earth when our sun expands.

But of course, all this will occur only five billion years later, and it is being predicted that humans might have already become extinct by that time. And if by any chance humans do manage to survive till then, we might have made a lot of technological advancements that would enable us to move to another planet similar to our Earth.

What’s your guess? Do let us know in the comments below.