To mark the celebration of Earth Day on April 22, NASA has launched a clever, new initiative that enables participants to “adopt” a small piece of our home planet.

The online campaign launched by the space agency asks interested netizens to apply for the virtual adoption by visiting go.nasa.gov/adopt. The procedure is simple — you just have to assign your name to any of the 64,000 randomly selected spots on Earth as seen from space. 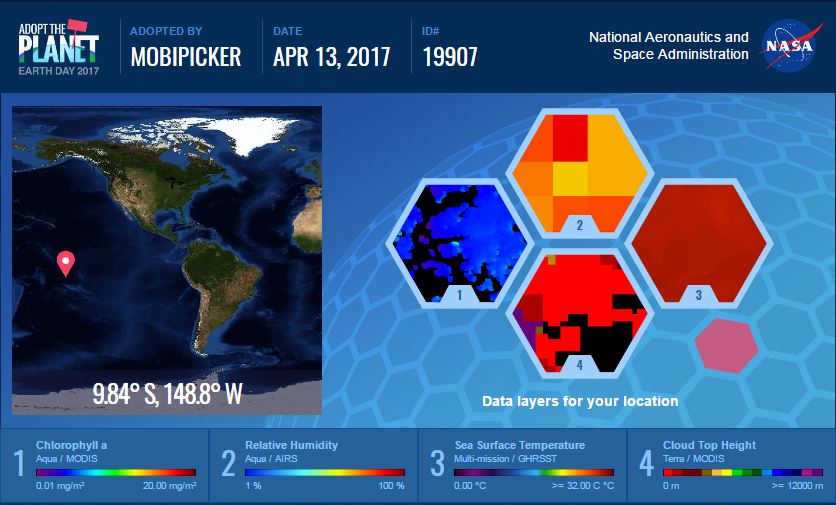 While the piece of Earth you select may appear tiny in size, NASA says each individual parcel is 55 miles wide.

Note that this new campaign works along the same line as claiming a piece of the Moon or any other planets or moon in and outside the Solar System. That is to say that the people who opt in won’t actually have proprietary rights to the selected region.

Instead, NASA will be sending them an extensive set of data encompassing updated info on the region’s humidity, vegetation, sea temperature, and more.

Users are also allowed to explore the map and check out data from other locations. To make it more fun, NASA has also enabled users to print out a certificate for the region with their names — something that many participants would probably like to share on social media.

Once the process is complete, the agency will reassign the plots to more people so they can have their own pieces of Earth, which in turn could help spread awareness.